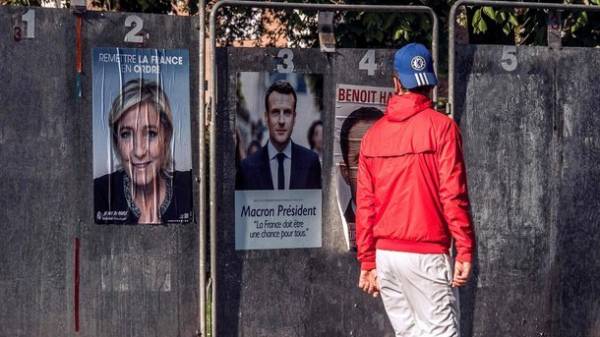 In France on Sunday will be the second round of the presidential election, the results of which will be elected the new head of state.

A large part of the polling stations will open at 8:00 local time (9:00 CET) and will continue until 19:00 (20:00 Kyiv time). However, in some major cities they will work an hour longer. Due to the difference in time on the French overseas territories, voting started yesterday.

For the post of the President of France are fighting the candidate of the party “national front” marine Le Pen and the leader of movement “Forward!” Emmanuel Macron.

French media noted that the second round of the presidential election for the first time in decades to be held without the participation of candidates from the two major French parties of the left and right wing parties, the socialists and the Republicans.

The publication in France of any information on the preliminary results of the ballots before the closing of the last polling station in the country. For violation of this rule a penalty in the amount of 75 thousand euros. However, such prohibition does not apply to the rest of the European press. The only data that is allowed to publish the French media at noon and at 17:00 local time, affect voter turnout.

According to the latest polls, the chances of winning E. Makron higher than that of M. Le Pen. So, the survey data show that the leader of movement “Forward!” may get about 60% of the votes, while the candidate from “National front” – about 40%.

The newspaper Le Figaro wrote earlier that the second round of the elections the turnout is expected to be 75%, which will be the lowest figure for a similar vote in the country since 1969.

In the first round, held in late April, the turnout reached 77,77%. Usually in France the second round attracted more voters than the first, however, presidential elections 2017, apparently, will be no exception, noted the publication.

French Newspapers write that the candidates already chosen, where, if he wins the election, will celebrate this momentous event. If the victory of Emmanuel macron, the festive events will be held in downtown Paris on the square near the Louvre Museum. In case of success M. Le Pen to celebrate the victory will be in the Park Bois de Vincennes.

Presidential elections in France are held under reinforced security measures. The representative of the French interior Ministry Pierre-Henri Brande said earlier that to ensure the security of citizens will be over 50 thousand policemen and gendarmes. In particular, for public order in the capital will be watched by about 12 thousand law enforcement officers and the military.

Meanwhile, earlier this week, both candidates took part in the final televised debate, which spoke on a number of issues concerning domestic and foreign policy. In particular, they expressed their position on Russia. So, Emmanuel macron, promised to continue dialogue with Moscow, but said that, if elected, intends to take a firm stance against Russia. In turn, M. Le Pen said that France has no reason to “cold war” against Russia. She also stressed the need to “revitalize” relations with Moscow in a number of areas.

Friday was the final day candidates were allowed to conduct election campaigning. Saturday in France was a day of silence.

In France, there are about 45.6 million voters. About 1.3 million French people living abroad can also take part in the vote. 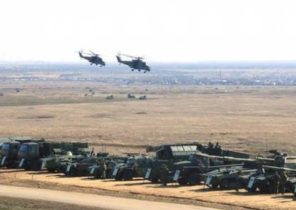