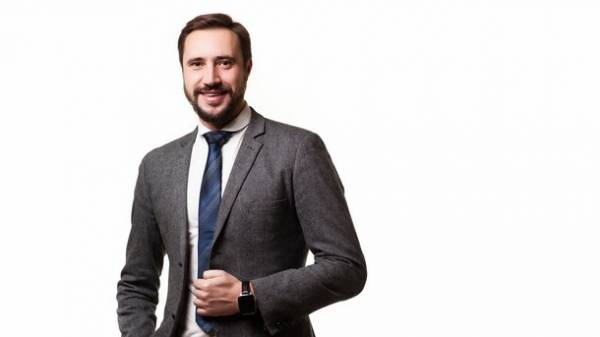 The story of Dmitry Velichko is not about how he nurtured ideas, made plans and changed their fate. This man abruptly broke it many times, and who knows how many projects and sharp turns of the implements in the future. This story is about what man can achieve with an adventurous streak, if just walks with a smile and is not afraid to leave the comfort zone.

In the 90s Velichko was a professional volleyball player: while peers in school, he traveled all over Ukraine competing. But in 22 career “graduated” serious injury. The guy was depressed and didn’t know what to do next. He had a chance to work as a transport Manager, then to trade on the Internet.

“Then I was MC (master of ceremonies) in one of the best clubs of Odessa: every night entertainment, there’s the salary paid. Then he invited the art Director club in Sochi, says former volleyball player. And suddenly I became a little”.

THE LONG ROAD TO KYIV

Returning to Odessa from Sochi, Dmitry decided to do real estate. But then — in 2008, the crisis and the collapse of the market. Six months Dmitry has not entered into any transaction, not just the spirit fell down, but then it moved. This sunk enough guy for half a year. “Then feel stifled, stalled. And turned out to be a classmate, a specialist in Maritime container transportation, — well, I think it’s fate! And moved to it Department,” says Velichko.
However, he did not stay there. “I am a creative person, write poetry, looking for themselves — in short, apologized to each other and are gone, — says Dmitry. And here: sitting at wedding, comes to my mind: “Dima, Kiev!”. Get up from the table, say goodbye to friends (looked like crazy), put things in a bag, in a pocket — $ 150. Agreed at the station with the conductor, and the next day at 8 am was already in the capital.”

Subsequent events — a series of coincidences. He enrolled in the theater, rented for 20 UAH a day bed in the Dorm. Then there was the expulsion from the theatre and spontaneous organization of the event company on equal footing with each other. “I worked in a Studio apartment, where in addition to the laptop, there was nothing. But 3 years the company worked great, I even bought an apartment in Kiev. Then I again began to look for himself.” And found, and… in a movie! Dmitry — dozens of bit parts in movies and TV series, soon went the main.

“How is calling a friend flew an actor in theatre, contact urgently. I did so, and after 40 minutes I was already approved! Look — and this is the main role in the play, partner — Goryansky!” remembers their first victory Velichko.

Today Dmitry is a man with a colorful resume and incredible plans: in June, he has created a channel-motivator on the portal and intends to prove that even nowadays you can become famous by good deeds: “you’ll see: in a year I will have a million subscribers.”

IMPORTANT: TO HEAR HIS “I”

Was in the life of Dmitry, the time when I had to decide on an outstanding step. “A year ago I passed the most difficult test — the casting for a leading concert of the world famous nick Vujcic on the “Olympic”. Long could not believe that I would lead such an event and to direct the broadcast, says Velichko. Was an incredible concert, crazy energy! And here I stand next to the celebrity, and inner voice does not rest: “Hug nick right now!” But the script of the speech is spelled out in words, next to the organisers stand, and the evening is coming to an end. Nothing to do — Dmitry used to always listen to your inner self.

“Say, “Nick, if I said a year ago that I would be able to hug you wouldn’t believe”. He says, “So what are you waiting for?” I hugged the ground just gasped,” recalls the actor.

For the life of 34-year-old Dmitry tried about 20 different professions and occupations. Even sold on 8 March flowers, when life in the capital was normal: at that time, the daily limit ambitious Odessan was about 20 UAH per day for food. “I figured as long if the day will eat away RS 22 and some change on the subway, for a total of up to 40 UAH. Obolon had stood grandma with ready meals, which was worth 24 UAH. I have always lacked 2 UAH — were asked to take on this amount of garnish to fit. Granny was surprised that such a well-dressed young man asks about the discount, but used and released lunch Spezzano — laughing Velichko. — In this mode he lived for about 2 months.”

His work has always been unstable: the animator received 400-500 UAH per night. The big paycheck he got for hosting the evening and the very important people — $1500. Now moonlights at the “Mafia”parties, where participants pay 35 UAH from the nose.

In his new project, Dmitry has not yet invested any of the hryvnia. Resources that he freely offers, communication and the ability to communicate. “I have no good camera for filming, no car. But an idea and a free channel on the famous video portal. Behind the platform for the site paid about $ 35, — says Dmitry. But there is a team of like-minded people: the person who writes the website, and the operator is ready to remove: all interested in the project, so I’ve not a penny paid, although the work is solid”.

For example, this command, according to Velichko, proven: to implement the project and achieve a goal is possible — because he lit in these people the desire to work with what brings pleasure and joy. “And I that am the game “Mafia”. Even refused the role, thinking only about the start,” says about their own investments in the case the author of the idea.

HOW LIFE HAS CHANGED

She is our hero changes as the weather outside. “At some point suddenly realized that my lifestyle no longer interesting to me, — says the inhabitant of Odessa. Eventually I realized that if sensations appeared — you need to look for a new occupation, otherwise he himself shall eat.”

Changes have taken place, according to Velichko, thanks to his ability to tell the truth to yourself, and now he wants to persuade others to the same: “we Need to start a company that will be the intermediary between the man who lacks motivation, his dream, and help wishes to come true. We will get acquainted with interesting famous people to learn the formula of their success, figuring out how they motivate themselves and build their day. This will help to Wake up people who spend life on is false and empty classes, — says Dmitry. — Arriving in the capital, I did not understand what, but just know that if I act it all out. Now I want to become a leader for those who are not afraid to discover their hidden resources, talents, and life-changing”.

Universal recipe from the actor and the master of the nets: if it is very difficult, you need to go to sleep: you will Wake up and it’s not so catastrophic. “The second proven the key to success is positive thinking. If you allow the thought of failure — nothing, — he said. — There is always surrounded by people who say: nothing, you can’t do, but who you are, you have no money, etc. And it’s great! Because our success begins with the desire to prove to such people that anything is possible.” Dmitry knows that money is not a measure of happiness, they are too variable value. “I guess it sounds corny. But I’ve seen a lot of rich people that wealth joie de vivre did not add,” he admits. 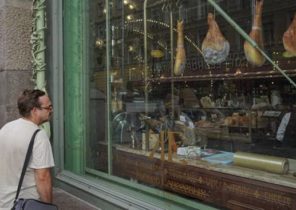