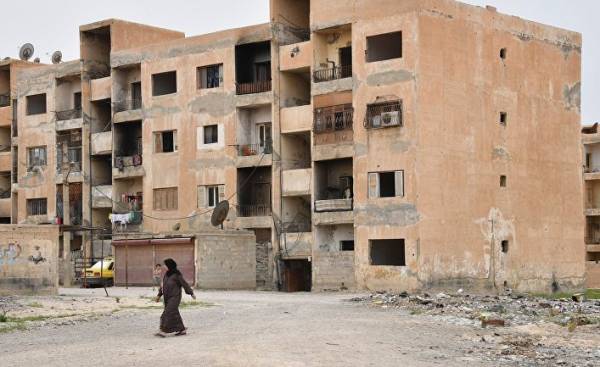 The parties to the conflict and the guarantor countries enter into the fourth round of talks in Astana, which will begin in the capital of Kazakhstan on Wednesday. This time the aim of the negotiations would be to discuss new terms of their format and placement, but their content and purpose are completely unknown.

According to the leaked information about the Russian plans, talking about the creation of four security zones. However, the mechanisms of their creation and the price that it will have to pay the opposition — those questions which have not yet been delivered and was not discussed.

After the appearance of this Russian plan the Syrians have wondered about its usefulness and purpose of Moscow in it. Especially when there is a full establishment of foreign control over Syrian territory. Russia has effectively occupied the Western part of Syria and all its coast, in addition to a strong presence in the cities of Aleppo and Palmyra. Iran and its factions in control of most areas of Damascus and its surroundings, HOMS and its suburbs, adjacent to Lebanon, as well as have a solid presence in the provinces of Hama and Aleppo. The democratic forces of Syria controlled most of the provinces of raqqa, Hasaka and Deir ez-Zor, being more loyal to USA, and to a lesser extent, Russia.

Whether the proposed Russian security zone political resolution of the conflict or it actually means the Russian – Iranian occupation in some areas and Israeli-American in the other?

Perhaps Russia has a policy of obessolivanija and depletion of Syrians to force them to accept any proposed solution? Especially given their disappointment in both the political and armed opposition?

One of the leaders of the dissident movement Mohammed Hamad believes that “Russia’s position remains clear and obvious. Putin and foreign Minister Lavrov indicated that this position has not changed and will not change, namely, no negotiations on the fate of Assad will not be carried out”. In an exclusive interview for Hamad Baladi news indicates that Russia continues to support the regime militarily and politically, in more detail saying: “as for the military aspect, Russia, along with Assad involved in the physical destruction of the Syrian people. Speaking about the political aspect, we are talking about the imposition of an opposition delegation in Astana the requirements of the fight against terrorism. In that case, if the delegation from the opposition will accept this condition, it will lead to the following consequences: the so-called moderate opposition will devote itself to the fight against “Islamic state” (banned in Russia — approx. ed.) and “Organization for the liberation of the Levant”, which will give the regime forces and militias to breathe a sigh of relief. They will be able to regain their strength and to develop a plan to eliminate the remaining warring parties (the moderate opposition and al-Qaeda). Finally, this decision will distract from the problems in the North of Syria, where will increase the control of Kurdish separatists in most parts of the territory.”

It is worth noting that the regime that Russia protects in Astana, a month before the date of the fourth round of negotiations arranged the bombing of the city of Khan Sheyhun with sarin gas, which killed at least 92 people. In turn, Russia — the guarantor in Astana vetoed a resolution of the UN Security Council condemning the crime.