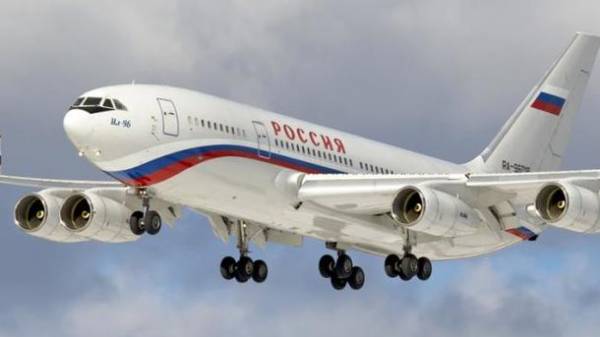 Russian plane Il-96 of the special flight detachment “Russia” office of the President of the Russian Federation violated the airspace of Estonia on 3 may 2017. About it reports the local edition of Delfi, RBC-Ukraine online reports.

“On may 3 the aircraft of the Russian government Il-96 violated the airspace of Estonia on the Northern coast”, – is spoken in the message.

According to the defence Ministry, it was the first such incident this year. In 2016, the violations of airspace by aircraft of the Russian Federation there were 7. So, Estonian air navigation services has not received a flight plan from the Il-96 and the radio communication with the ship was missing.

The Ministry of foreign Affairs of Estonia informed about the violation of the border by Russian aircraft Russian Embassy in the country.

We will remind, earlier it was reported about the statement of the Minister of defence of Estonia Margus tsahkna that Russia could use military drills to move thousands of troops to Belarus as a warning to the Alliance.