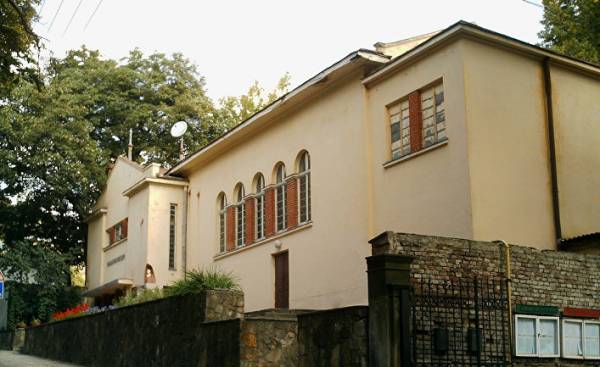 Lviv — Russian cultural center in Lviv was evicted from its building. Thursday, may 4, officers of the court distrained property of the organization and sealed the premises on the street Korolenko, which she took. Now the building belongs to the Lviv regional Council.

“This is not a campaign against the Russians, is an attempt to return communal property”, — explained the actions of bailiffs Deputy Chairman of the Lviv regional Council Volodymyr Hirniak. According to him, the regional Council won an appeal in the commercial court on eviction from the premises on the street Korolenko.

“The structures that have been here, had time to voluntary abandonment of the premises on last Friday. They have not complied with this decision, therefore, was made compulsory execution of the court decision”, — said Volodymyr Hirniak.

Representatives of the center consider the eviction of unlawful

At the Russian cultural center called the Russophobic campaign and stated that the eviction from the premises was held in violation of the law. “They came at seven in the morning, broke the lock, described all the property, sealed up, and all without us,” — said in comments DW head of the Russian cultural center albert Astakhov. According to him, the room remained all documentation, equipment and furniture owned by the organization.

According to Astakhov, the marshals hurried to arrange the eviction for the holiday on may 9 to the Russian center were unable to celebrate victory Day. Deputy Chairman of the Lviv regional Council Volodymyr Hirniak says that the actions of the regional administration in Lviv on may 9 are not connected, and that the representatives of the center delayed the time.

Time for the eviction was

To evict the Russian cultural center of the municipal areas of the regional MPs decided in October 2016, what at the time, reported DW. It was then decided that the room on the street Korolenko 1A will return the property of the community, and later rent public organizations that carry out activities related to ATO.

The leadership of the Russian cultural center accused that it years used premises without paying them adequate rent. In addition, representatives of the organization accused of spreading anti-Ukrainian propaganda, this fact was even openly criminal proceedings. “When I read the literature that they produced, I was shocked. It was a hotbed of anti-Ukrainian, I’m not afraid to say to say it publicly — said Volodymyr Hirniak. Although these people who were here, I believe, do not reflect the opinion of the entire Russian community of Lviv.”

The regional Council stated that it did not want to escalate the situation and ready to give the Russian community a new facility. However, how and where — Volodymyr Hirniak could not tell. “This decision is yet to be considered by the deputies, he said. — I know the position of the Chairman of the regional Council and the majority of the deputies. They are to provide them with a room or two rooms for their statutory purposes”.

In turn, the albert Astakhov said that their organization is talking about the new room no one was. Although the options according to Astakhov, they would have considered, “But we need a big room, because now shareholders are 400 people”. And while the new space is not allocated, Russian cultural center intends to file an appeal on the fact of eviction.