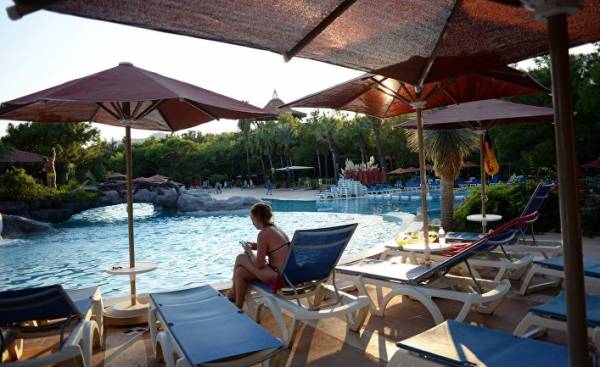 In a Turkish hotel with all inclusive Russians refused to communicate with tourists from most countries of the former USSR, including Baltic countries, Georgia, Moldova, etc. reported About it in his LJ Ukrainian blogger writing under the pseudonym Asket.

The blogger published a story sent to him by a Ukrainian friend, who was staying in one of the coolest hotels in Turkey. This man became the witness of conversation of Russian tourists that Moldovans, Georgians and Ukrainians refused to communicate with the Russians, sometimes in a rude manner: “We recently, one of Moldova suited to meet, and they ask — are you Russians?— and backs to us turn. And there’s these guys Ukrainians and Georgians generally almost sent the Mat”.

“We came to rest, and with us no one even volleyball doesn’t want to play. And in the back are singing about it, you know, La-La-La about our President. Chaos! You don’t know who to complain to, and the hotel Manager doesn’t understand us?”, — continued to complain about Russian tourists and fellow countrymen. The narrator also did not miss the opportunity to make fun of the Russians when they addressed him, taking at a Russian: “Oh, he’s from Russia, I say, again picking up a book and uticas in her eyes. — Nekhay happiness. And continue to read, listen to deleted indignantly-aroused voice:”you see, that’s what I told you…”

Recounting this dialogue, the blogger concluded: “in Short, discovering that almost all immigrants from other countries disdain to communicate with a nation of crooks and thieves, they decided, in the summer community, to find a group and complain to the President. Just what are they going to complain? What do they want? To the administration forced other hikers for at least two hours a day to play with the Russians in Board games? Idiots. Strongly suspect that in the end the Russians will come, as always, to get noticed, take a shit in the middle of the beach. Or in pools of puke”.

As reported by “Observer”, the Russians with their scandal in the restaurant of Spain ridiculed.