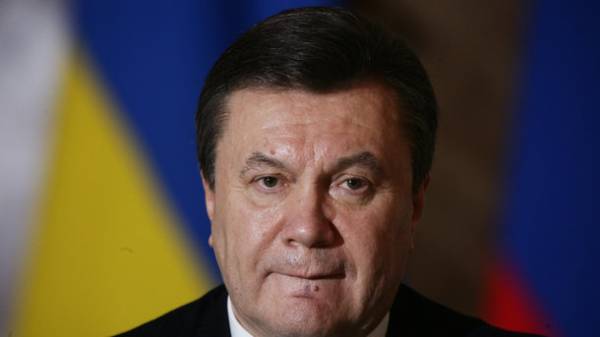 At the meeting the military Prosecutor Ruslan Kravchenko has declared the petition for granting permission to carry out video-audio broadcast of the hearing.

Protection ex-the President has not objected to the satisfaction of the petition of state charge.

The judges, having heard the views of stakeholders, allowed online live video of meetings the proceedings of Yanukovych.

As you know, Obolonskiy district court of Kiev began the preparatory court hearing in the criminal proceedings against former Ukrainian President Viktor Yanukovych of treason.

We will remind, on November 28, 2016, the General Prosecutor Yuriy Lutsenko in the Svyatoshinsky district court of Kiev declared the message on suspicion in video ex-President of Ukraine Viktor Yanukovych of treason, of aiding the authorities of the Russian Federation in deliberate acts committed with the purpose of making changes to the boundaries of the territory of the state border of Ukraine and waging aggressive war. That is, of crimes under part 1. article 111, paragraph 5 of article 27. part 3 of the article 110, part 5 article 27, part 2 of article 437 of the criminal code.

January 20, 2017, the Pechersky district court of Kiev allowed the military Prosecutor’s office the implementation of special (private) pre-trial investigation in criminal proceedings on suspicion of the ex-President of Ukraine Viktor Yanukovych of treason.

On March 14, the Prosecutor General’s office forwarded the case of treason Yanukovych in the Pechersk district court. Subsequently, criminal proceedings for treason Yanukovych handed over to the Kyiv court of Appeals to determine jurisdiction.

The Kyiv court of appeals on March 28, determined that criminal proceedings on charge ex-President of Ukraine Viktor Yanukovych to consider the Obolonskiy district court of Kiev.