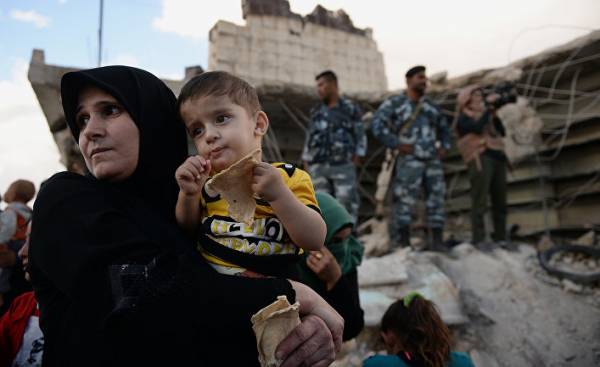 Hozan Ibrahim headed a very ambitious project: he creates a network of all organizations that in the midst of a bloody conflict continued to work in the interests of civil society. He is convinced that citizens are the only real force able to start the process of transition to civilian life.

In Europe it is difficult to have a clear idea of what Syria is and what it was in the past. In the system of Western images of a country from which the refugees come, and their flight became a territory of the clashes of political ideologies that have nothing to do with emergency humanitarian situation, which for many years of experiencing this middle Eastern state. Syria shares, sharpens the tone of the political debate, forces to empathize.

In all this scenario exists and survives the tacit civil society, not surrendered in spite of what is happening. In this society plays a role and Hasan Ibrahim: since 2013 it is implementing an ambitious project called “Citizens for Syria” (Citizens for Syria). The original purpose of his creation, Ibrahim describes as follows: “the First step, dictated by the need to provide some clarity, was the creation of maps available in Syria movements. We decided that it was necessary to create a network in which all involved in the Syrian conflict non-governmental organizations could meet and communicate through connecting them to the platform.” The project team under the leadership of Ibrahim is trying to tie the Syrian civil society, find themselves in exile, far from their country, with local and international movements operating within Syria’s borders.

“This project, initially appeared to unite the people forced to leave their cities because of the conflict or because of threats by the regime escalated into a full, publicly available database of all NGOs (as of today 750) supporting the Syrian citizens, it correlates with the assessment done in the work place”.

“In 2011 we were all hoping for a better life,” says Hozan Ibrahim, a Syrian from a small town in Kamisiyah located in the North of the country, on the border with Turkey, Recalling the Arab spring, the moment from Tunisia to Egypt, popular movements intended to deliver the Shah’s authoritarian regimes. “That’s when my people began to explore their identity, first recognized itself, even in different from others. It is these differences so long hidden and suppressed. People then began to talk about religion and ethnicity as an image that is part of a much larger puzzle, and not as a factor that divides them,” he said.

The Assad regime popular protests have produced a very negative effect. After the fall of the Tunisian and Egyptian regimes, the protests have spread in Syria and raised batitsky mode. Despite the fact that the two main urban center of the country, Damascus and Aleppo, has been a hotbed of protests (unlike what happened in Tunisia and Egypt, where the main protest movement captured the capital), the movement reached a significant scale, becoming a threat to the existing regime in the country. Assad began the brutal repression against the demonstrators. In small towns such as Jisr al-Shugur or HOMS, the third largest city in the country, security forces fired on the crowd, many people have fallen victims of these attacks. What followed next, was a daily chronicle of the war that is still ongoing.

Way Hosana Ibrahim was not easy. He was twice imprisoned for participating in the events of the Arab spring, had asked for political asylum in Germany, and in early 2012, his request was accepted. So, Hasan made his first steps in Berlin. He reveals that he has chosen the German capital to be closer to the international political centers, as acted in the role of representative of the “Local coordination committees of Syria” network, which brought together local groups, which became the driving force behind the 2011 protests. This organization, the New York Times called “a fundamental force” of the democratic movement, as it is opposed to the repressive regime of dialogue and non-violence. “Today, six years later, after all the violence it seems that it was all a very long time. But our hopes, dreams died. Every time I travelled I met my colleagues, activists and remember the hope of that time. Other people also kept the same dreams and the same courage that enabled them not to give up.”

The organization “Citizens for Syria” is needed for this — don’t give up. Show the world how effective it is Syrian civil society, which creates a network that cooperates, works on location and remotely.

“We work in an apolitical manner. Me and my team like an attempt to build international political debate around the Syrian citizen. Neither Assad nor ISIS (declared a terrorist organization and banned in Russia — approx. ed), no other armed groups do not deserve to be in the center of international debate. The transition to peace will occur only in the attraction of those protagonists who survive in this ruthless struggle of political factions. The use of force will always be doomed to failure, it is short-sighted policy”.

In this direction, quietly moving force in Syria and for Syria organization. This is necessary in order to get support that goes beyond the conventional humanitarian aid, which, while useful, does not change the correlation of forces in the long term. In the neighboring countries of Syria numerous non-governmental organizations has created jobs for refugees, they solve problems associated with the documents needed to request asylum, reprove the crimes of the regime.

“It was difficult to count and analyze all the existing Syria motion. In this realm of fear that people were subjected to great danger, by taking part in our survey. And no matter what they did, and because of this, our work is the first of its kind”.

These organizations formed the Syrian civil society, judging by the data that shows Chosen help five million refugees. Self-organization is a difficult task, but it is a moral slap in the face of international diplomacy, which cannot find exit from the conflict.

“Syria is not the source of terrorism, a country that is overwhelmingly suffer because of this stigma. It is a struggle on the path to democracy, experiencing a moment of extreme forms of violence. We should not trivialize our reality”. 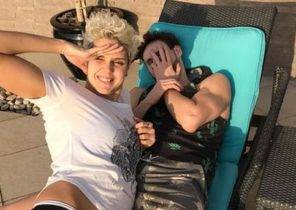