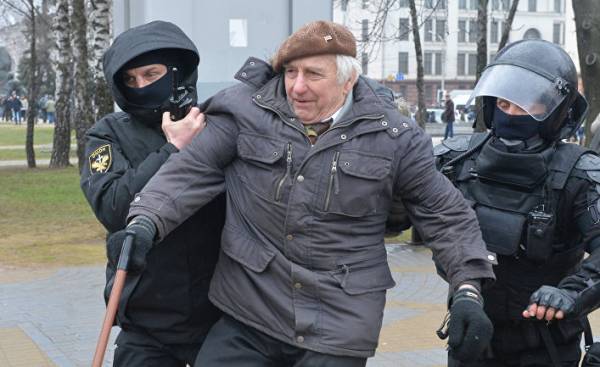 Only 3 at 31 March in Belarus for participating in social protests, was detained more than a thousand people, of which 235 of opposition activists in different cities were punished by various terms of administrative arrest (15 days) that was served in the temporary detention facilities (IVS) — these are the findings of observers of human rights center “Spring”. Some activists were released only at the end of April. Based on their testimonies, human rights defenders carry out monitoring of detention conditions in IVS and write complaints. Even out of these situations they are trying to benefit to society.

Temporary detention facilities subordinate to the regional police Department, in fact, are the prisons with the most hard mode content, said a representative of the Belarusian Helsinki Committee (BHC) in Mogilev Vladimir Kravchenko. Unlike a pre-trial detention facilities (SIZO), says the human rights defender, ITT is considered a place of short-stay prisoners. Therefore, they have no televisions and other household appliances or even electrical outlets.

In Mogilev detention center, says Kravchenko, defenders allowed only once in 1999, after which the management companies have refused any cooperation. In the 90s, shares Kravchenko, it was a horrible sight: in damp cells with no daylight and ventilation, without hygiene convicts day and night was lying on the boardwalk two feet in height and width in the wall — because of the similarity of the prisoners sarcastically called it a “scene.”

Jumping off a deck, they found themselves have no enclosed toilet in the floor near the door to the chamber. Then what he saw shocked even the chief of regional militia, who accompanied human rights defenders.

The turning point, says the lawyer of the human rights centre “Viasna” activist Barys Bukhel, came in 2006 when, during presidential campaign in Belarus “on the day” put all the regional leaders of opposition organizations. Going into the wild, they massively complained about inhuman conditions of detention, and about a year in the detention center was renovated. “Only by periodically sitting there politicians prisons are more civilized,” — says Buchel.

Life in the detention center have improved, but prisoners have no rights

One of the leaders of Mogilev social-Democrats Dmitry Lunev belonging to the new generation of politicians held in Mogilev IVS 15 days for organizing an unsanctioned rally in mid-March. Stories of human rights defenders he perceives as history. In the detention center, said Ludlow DW, today there are two-tier bunks in the cells, give the mattress and bed linen tolerably well fed. Transfer, according to him, came on time, was allowed to take the books. The only thing Ludlow will write the complaint, that sanitary conditions: “the walls of the insulator crawling hordes of blood-sucking insects”.

But the head of the regional organization of United civil party (UCP) Uladzimir Shantsau evaluates the conditions in the IVS significantly less positively. He is just one of those who wrote the complaint in 2006. Shantsev few years ago he retired, and in March, fell again under a fortnight’s arrest — a man in age, he says, sit in the ITT harder. Positive changes are obvious only in domestic terms, claims policy, but in terms of human rights, nothing has changed.

From the moment of detention Shantsev were not fed during 42 hours. The police, he explains, is not provided, and in the detention center, he came after dinner. The next day before Breakfast the oppositionist was taken to the court — thus, almost two days the prison system has forced him to starve. Those who are going to participate in opposition rallies, and then potentially be in the detention center, Shantsev recommend taking some food, such as chocolate and sure medicines. The prison doctor, warns the politician, the pharmacy will not run.

The conditions in Belarusian detention center vary depending on the region. These institutions, unlike other prisons, are subject to the Department of internal Affairs of regional Executive committees and not directly to the interior Ministry. In Homel, says Union coordinator Andrei Strizhak, just released after a ten-day arrest, he had to sleep just on the “stage”. Strizhak was given a thin mattress and bedding, which he spread out on the boards. In the detention center, the activist was already in 2008 and therefore know what we have to prepare.

In the detention center, he came with a sleeping bag and a statement declaring the hunger strike, and police warned of the intention to carry out monitoring of detention conditions. But, notice the hairstyles, only possible with the information support and active actions of those who remains at large. His wife all the days of his release were made daily transmission rights and a spouse. At the same time, says the activist, it is only performed by the internal Regulations of the places of serving of administrative arrest, approved by resolution No. 313 of the Ministry of interior of Belarus in 2015. “We are forcing the police to perform their law”, — stressed Andrey Strizhak.

At the same time for activist Victor Rubtsov 14 days of arrest, by his own admission, became a torment. In the detention center, he came for the first time, the first time participated in the protest. In the chamber, he says, the main enemy was the cold: due to the fact that the window is not tightly closed, the temperature was 7-10 degrees. Had to sleep in street clothes and shoes, wrapped in a blanket is issued, but it did not help. At the protest, concludes Scarring, you need to go, dressed for the weather, and “like winter.”

All activists sent to the regional police Department and Prosecutor’s office 12 complaints. Among the claims — around the clock burning light bulbs in the cells, lack of ventilation, inability to call home. For example, ITT has a phone, says human rights activist Leanid Sudalenka, and buy him a card anywhere. It turns out that the right calls are, but are they impossible.

Vitebsk human rights activist Leonid Svetik, as Viktor Rubtsov, served 15 days. On the conditions he does not intend to complain, but it is going to require compliance with the common standards of detention in Belarusian detention facilities. For this, he believes, must apply to the Council of Ministers. The administration of the Vitebsk detention center did everything they could, but the area of standards in the camera person was not maintained. In his cell was not separated toilet, and it was impossible because of the closeness. “I have the feeling that for two weeks I lived in a public toilet,” concluded Shine. 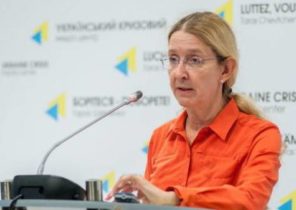