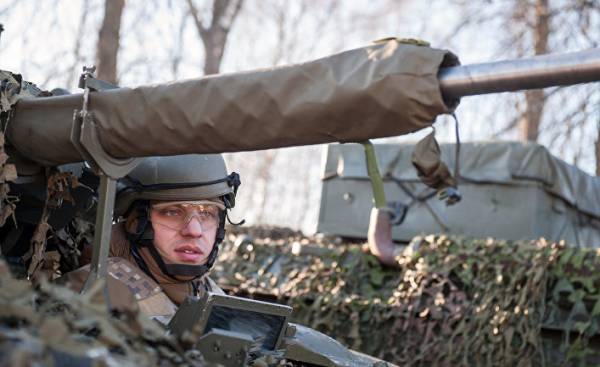 73 years after the official opinion of the Soviet-German front “Blue division”, formally known as the 250 infantry division of the Wehrmacht, Spanish soldiers once again heading to Eastern Europe. This time — as part of the NATO allied forces at the request of the Baltic republics, fearful of a new imperialist politics of Vladimir Putin. If in 1941 it was the volunteers who arrived to Lithuania on foot, but now the Spanish military moved in Latvia on the tanks of the last generation of the Leopard 2E and armoured infantry Pizarro.

Since February, Extremadura 11th brigade undergoes military training on the basis of a name of General, Menacho (Menacho), located near Badajoz. It will become the first Spanish contingent of the NATO allied forces, sent to the Eastern flank of the Alliance deterrent.

The occupation of Crimea and war in Ukraine have raised concern Poland, Latvia, Lithuania and Estonia who thrust their Russian neighbor to the invasion of foreign lands.

Starting in April, NATO mobilizes four teams of the multinational force, corresponds to the number of countries requesting assistance. Spanish military personnel (250 people from Extremadura brigade and 50 parts logistics) will join the team of a multinational force, led by Canada and stationed in Latvia. Their place of deployment and the goals have little in common with the tasks that they solved in Asia (Afghanistan, Iraq) and Africa. The main thing now is to deploy military equipment: six Leopard tanks and 14 infantry fighting vehicles Pizarro, accompanied by support vehicles (up to 80 units), which will arrive in the Baltic Republic in the coming weeks.

Armored units for which funding has for many years been in doubt, will have a great chance to prove themselves as a deterrent outside of the Iberian Peninsula. NATO’s intention is to show solidarity with their less powerful allies, and the Spanish tank crews use the most advanced Western technology: Leopard tanks produced by the German patent and improved in Spain. To date they have not had to operate in difficult conditions of terrain and climate in Latvia, with its flooded plains and low temperatures. They never leave the limits of Ceuta (Ceuta), where included in stationed in this area, the armored part. “Leopards” will move with the support of the infantry fighting vehicles Pizarro, pride of the armored forces, developed and manufactured in Spain.

The commander of the brigade Extremadura Francisco Jakob (Francisco Dacoba) refused to provide data about the Russian parts, and locations of military equipment across the border (“we Latvians are all talk”), which the Spaniards, the poles, the Canadians, the Italians and the Slovenes this summer will demonstrate their capabilities. However, officers of the United forces show a good knowledge of the technical characteristics of Russian tanks, particularly the T-72, thanks to the Polish military.

The Latvian army does not have in its composition or modern tanks or anti-tank missiles, able to repel the aggressor, and especially Russian tanks T-90, participated in the fighting in Syria.

The first Spanish contingent will be under the command of Lieutenant Colonel Juan, Castroviejo (Juan Castroviejo), the participant of military operations in Bosnia, Lebanon and Iraq. The first Spanish officers will travel to Latvia at the end of this week to prepare for the reception of personnel and military equipment. Armored vehicles will be delivered in Riga on the ship in early June and deployed to one of the bases near the Latvian border with Russia. Rotation of troops will be made every six months, the first replacement will arrive in the dead of winter, when the average temperature in these latitudes is around -10°, and sometimes drops to -38°.

The last Spanish soldiers who acted in these places, were among the volunteers of the “Blue Legion.” Together with the Latvians and the Germans, they chose to continue the fight with the red Army after the end of 1943 gave the order to recall the “Blue division”.

During their first mission abroad Spanish armored units will solve the problems of logistical and operational support. They will be located on the rear positions of the 250th division, near Riga, close to the battlefields, where he died 4.900 soldiers of “Blue division”. Today, Spain at the urging NATO takes part in collective action to curb further the imperialist ambitions of Putin, in particular, in Ukraine.

PLANCK
2017-04-28 23:11:58
What do the Spanish armored units in Latvia? And ally is a country that has the only colony in Europe? Imperialist Putin? In this case, to call the British and Americans? It’s hard to find a big imperialists than they are. What hypocrisy!

2017-04-28 23:12:49
You ought to know that what the Spaniards voted in a referendum on membership in NATO (under the government of Felipe Gonzalez) excludes the defence of Ceuta, Melilla and the Canary Islands, the above-mentioned NATO. That’s why I voted against it.