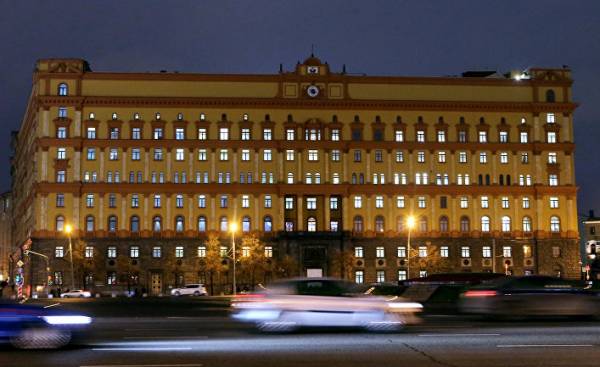 Black Mercedes SUV heading through the wide Moscow streets, music like clip of the most popular parts of some of the episodes of “Skam” (a popular Norwegian youth series — approx. ed.). From the Windows pop out young people who are raising their glasses and shouting something. The whole group yells directly into the camera as the players on the trip.

Similar to the usual party to celebrate successfully passed exams video posted on YouTube last summer. The Norwegians, accustomed to the noisy behavior of high school students, it is difficult to shock. But this was no ordinary students. It was the only place with a great reputation that agents from the FSB Academy — educational institution, which trains agents for the Russian security services.

Academy of the FSB — not the only one, all three of the Russian security service — FSB, SVR and GRU have their own educational institutions. Or if I use a word, more heated fantasy spy school.

Who are they in the profession, who are they? What do they do? If they have the curriculum of such electives as “the superimposition of the beard”?

Video made last summer, has attracted the attention of many media around the world — because then I managed a little look into the world, not known to many. But for those who know codes, it is talked about a lot:

“This was a shocking evidence of corruption, moral corruption from within. I can’t imagine that something similar happened in my time,” — said in an interview with VG 54-year-old Alexander Vasilyev, who in the 1980-ies and he studied, then to work in the KGB.

The best of the best

The first predecessor of today’s agents — the so-called security officers — started their hidden from everyone immediately after the revolution 100 years ago. From there go straight lines to the three services that exist today:

In the FSB Academy get the education future officers, whose main task — to ensure the internal security of Russia. SVR trains spies who will work abroad, while GRU, the military intelligence, has its own institutions.

“In the West all agree that those whom Russia sends abroad, are very well educated and very capable. They’re professionals,” says Geir Haugen Carlsen (Geir Hågen Karlsen), senior lecturer of strategic communications at the School for training officers of the Armed forces of Norway.

Carlsen has never visited any of the schools, which prepared agents, but he saw the results:

“They know the language, know the culture, they are familiar with the peculiarities of interpersonal communication, able to liaise and develop contacts,” he says.

Imagine Anna Chapman in 2010, red-haired beauty was exposed, along with nine other highly secret agent of Russia in the United States. She, in particular, has become one of those who inspired the creation of the television series “the Americans” (“The Americans”). Such an existence requires years of training.

The path to the school in the woods

“It was not so: we are not taught to change clothes, use a wig and dark glasses. That would be silly. We were taught how to hide our spy thing, not to pretend to be”.

Alexander Vasiliev talks about his time there, what was then called the red banner Institute named after Andropov. Today KGB School known as the Academy of the SVR.

VG talks with Vasiliev on the phone, he’s in London, where he works as a journalist and writer, but he was born and he grew up in Moscow. In the early 1980’s, he dutifully studied journalism at Moscow State University. He was supposed to do, otherwise you wouldn’t be in the KGB.

“In my time, I only had to wait and hope. Getting there was possible, if you pay attention.”

— And how was it possible to attract attention?

“I had to learn. To be politically correct, not much to drink, tell jokes about Brezhnev. I was recruited at the end of the fourth year, the faculty I was approached by people and told that there are people who would like to talk to me about my future”, — said Vasilyev.

Vasiliev was absolutely clear that it meant this is what he wanted. And in 1985, he began a two-year study in the same school as famous classmate: President of Russia Vladimir Putin.

These two have never met. Putin had worked in the KGB, he studied the programme for one year and lived in another part of the school. But the place in which they found themselves, was a wonderful, says Vasiliev: in the woods near Moscow, with a gym, swimming pool, two tennis courts and residential premises.

Right out of high school

The times are changing. Today we can the Russians more opportunities to make a career, and at the FSB — the largest successor of the KGB — it is no longer possible to select and cull from the best:

“If you’re from Moscow, it is not necessarily something extraordinary — to enter the Academy of the FSB. But for those who come from other regions, it can be great,” — says in an interview with VG Andrei Soldatov, a Russian journalist and one of the world’s leading experts on the security of the country.

“Here we are talking about the economic situation, it is difficult to find a job that pays good money.”

The times when someone was waiting to make contact with him — also in the past:

“You can study at the technical University and be recruited, or can he ask to work in FSB. They even hold contests in schools and thus recruit people,” says Soldatov.

It is difficult to say something about what was happening in the Soviet brick high-rise building of the Academy on Michurinsk the prospectus in Moscow.

“They are not really open, you can see that there are teaching or what textbooks do. It must remain a secret,” says Andrei Soldatov.

Little FSB itself says on its website: for example, that training lasts for five years and that students spetsializiruyutsya either in foreign languages or information technology.

An important role plays and physical education: students are taught melee combat, swimming, gymnastics, Boxing, skiing and other sports. In addition, they receive “Patriotic education” — is devoted to “the glorious pages of Russian history, the history of the armed forces and security services,” if you believe the information on the website.

Among the 350 thousand employees of this service many Desk jockeys — those who shifts paper from 9 to 5, Monday through Friday.

“The training is different. If you need to become an analyst, you learn only this, there is no overhead of beards and other things,” he says.

“Then you learn how to handle large volumes of information, how to analyze social networks, listen to phones, you get the technical skills of its kind.”

The agents, who will have to work in the field, the training program is more extensive: they are taught to “analyze the situation”, to watch people, to do so they remained unnoticed. But according to Galeotti, the most important skill of the FSB now is quite different:

“Most importantly, socialization. They are very concerned that they had the right type of people, those who fit into mainstream culture”.

— What does this mean?

“Be loyal to the Kremlin, to be loyal to this establishment as the FSB. But if we talk quite honestly, being the kind who tolerate corruption and who like it. The fact that the FSB is very corrupt, and annoying moralists should not be there,” says Galeotti.

They were trained spies who stole atomic secrets

For the real spies, the successors of Alexander Vasiliev and Anna Chapman, it’s different: the Academy of the SVR is still considered more prestigious.

Vasiliev had the impression that his methods are too time changed:

“We have taught foreign languages, politics, Economics — ordinary items. And there was a special: how to recruit agents, how to handle them, how to check if you’re being watched,” he says.

Vasiliev says that among his teachers was Anatoly Yatskov, one of the KGB agents who in 1940-ies stole U.S. secrets about the atomic bomb.

— What was the most difficult?

“In fact, the recruitment agent is harder than working with it, but it’s actually difficult. The relationship is very personal. On the one hand, this is the man you have to control, on the other hand, you need to please him”.

While studying Vasiliev and his classmates lived under the alias — the name was authentic, and the name is fictional, it was done for reasons of security. Vasiliev remembers school as two difficult years:

“You were supposed to be nice to everyone. It could be absolutely exhausting, but this was one of the requirements for future work: you had to be able to establish and maintain contacts. If you can’t have good relations with almost all who surround you, you can’t become a spy.

Suddenly, just during a conversation, a telephone conversation with London, where he now lives former agent, is interrupted. A couple of minutes of effort, and we are able to restore contact:

“We were interrupted. You know, Russian hackers,” said Vasiliev.

Vasiliev was supposed to be an undercover agent. He had to go abroad as a journalist, but at the same time he had to engage in espionage and to recruit informants on behalf of the KGB. Security service (Norwegian police — approx. ed.), PST believes that half of the employees of the Russian Embassy in Norway now — security personnel.

Today a link to a study in the Russian spy schools can be seen in the summary of so many members of the Russian state apparatus. But it’s not because education is so highly valued there, no question about the fact that this is some kind of Russian “ivy League”, no.

It is rather a question of President Putin when he, after Boris Yeltsin came to power in Russia, Putin needed people he could trust — so why not to search among old colleagues?

But not all Russian-trained intelligence work, begin to work for the state. Eugene Kaspersky, an internationally recognized expert in the field of cyber security and founder of “Kaspersky Lab” — one of those who studied at the Academy of the FSB.

“The field of information technology, is in need of people having, for example, the skills of encryption. And the Academy graduates feel capable, they have a good reputation,” says Andrei Soldatov.

Video scandal too respectable street party could make or break a reputation. After the video appeared, there was talk about what will happen to the students of FSB:? Or kick the teachers? Or sent to serve in Eastern Siberia, as suggested by one news Agency?

“There were rumors that they will deduct, but from what I heard, nothing happened. All so over,” says Soldatov.

Galeotti says that ordinary Russians have responded to the video with obvious indignation. Arrogance FSB know everything, and it became a little more explicit proof. And Vasiliev from London shares this view.

“I remember from my own school, as one guy was expelled for what he sold to another his tracksuit. I don’t think it was speculation that he earned something, but still: he was expelled. From the point of view of morality, he did wrong,” he says.

“In Soviet times, to be a KGB officer was very prestigious, it was sort of the elite of society, I would say. And now I really don’t know what kind of people come to the service in intelligence.”