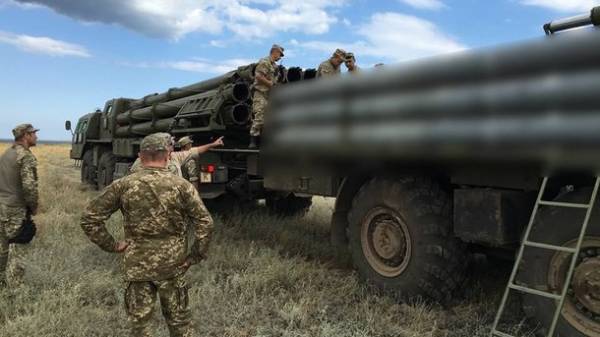 In Ukraine announced the creation of a new operational-tactical complex “Thunder”, capable of hitting targets at ranges of up to 450 km. the Product was developed by specialists of the design Bureau “southern”. In addition, our country is conducting tests of the missile complex “Alder”, which is a deep modernization of the old Soviet multiple launch rocket systems “Smerch”. According to experts, the new missiles will begin to enter the army in the next year or two.

THE SUCCESSOR OF “SAPSAN”. On the development of a new operational tactical missile complex (PTRC) “Thunder” is the General designer of the Dnieper, “southern” Alexander Degtyarev. According to him, the company is to develop at least seven projects for the Armed forces, and PTRC “Thunder” — only one of them. “Now the complex is under final finishing of the rocket,” — said Degtyarev. According to the developers, the flight range of the rocket will be from 250 to 450 km.
If these parameters are achieved, the PTRC “Thunder” will be able to shoot four times on the old Soviet missile complex “Tochka-U”, which is available now on arms of the Ukrainian army. The radius of the “Point” is approximately 120 km. But the main problem is not the relatively short-range, and that the “Point” entered service in 1975 and is now outdated. More long-range means of destruction at the disposal of the land forces of the APU does not currently exist. By the way, the Russian Federation has adopted a new PTRC “Iskander-M”, capable of hitting targets within a radius of 280 km (the main armament) to a maximum of 500 km (though not specified which type the head part is reached, such range).

About creating your own PTRC in Ukraine began in 2006. In 2007, CB “South” was the main developer of a domestic operational-tactical missile complex “Sapsan”. As reported by the then Minister of defence Anatoly Gritsenko, the new product should “to combine the properties of multiple rocket launchers, tactical and operational-tactical complexes” and to replace the Ukraine inherited the old Soviet missile systems. Presumably “Sapsan” was to hit targets within a radius of 280 km.
Stated different dates of completion of works on creation of “Sapsan” — first 2012, and then 2015. However, in 2013, Ukraine refused from this project. As explained by the then Minister of defence, the Russian, Pavel Lebedev (led by the defense Ministry from 28 December 2012 to 27 February 2014), over all time “the developer has spent 200 million, but has not issued a prototype or design documentation”.

When in 2014 the war began, Pavel Lebedev fled to Russia and was declared wanted, and in Ukraine once again talking about the creation of modern non-nuclear “missile shield”. In November 2016, it became known that the state enterprise “Pavlograd chemical plant” together with CB “South” has developed a new PTRC “Thunder”. According to the Director of PCP Leonid Schiemann, “Thunder” is the successor of the ruined “Sapsan”. Work began almost immediately after the closure of the project “Sapsan”, and state funding for new development has not been received. According to Schiemann, involved credit resources, in addition, the product that interested foreign customer, which is the design of prototypes.

“THUNDER-2”. This foreign customer was Saudi Arabia, which has allocated about $40 million to the PTRC creation of “Thunder-2”. Judging by the layout, the launcher will charge two missiles and be placed on a five-axis wheel machine, which will be produced in the river. The developers were going to make the machine universal complex will be able to shoot as ballistic and cruise missiles and to hit air targets. The minimum range of the PTRC “Thunder-2” is 50 km, and the maximum (export version) — up to 280 km. If the complex will be used for the needs of the Ukrainian army, the range can be increased up to 350 km.
The maximum radius of the “Thunder-2” can reach 500 km.

According to the Director of information and consulting company defense Express Serhiy Zgurets, “Thunder-2” is a “truncated” version of the “Thunder”. “According to the developers, the performance characteristics can be expanded. For example, during the flight, the rocket will be able to make a special missile maneuvers to avoid being hit by enemy air defenses, and to break away from jammers. The complex will be able to do many other things that are foreign to the customer not offered”, — said Sergei Zgurets.

According to KB Yuzhnoe, the manufacturer of the PTRC “Thunder” started in August of 2016. First practical shooting of “Thunder-2” was planned to take place before the end of 2016, but the information on carrying out such tests has not yet appeared. 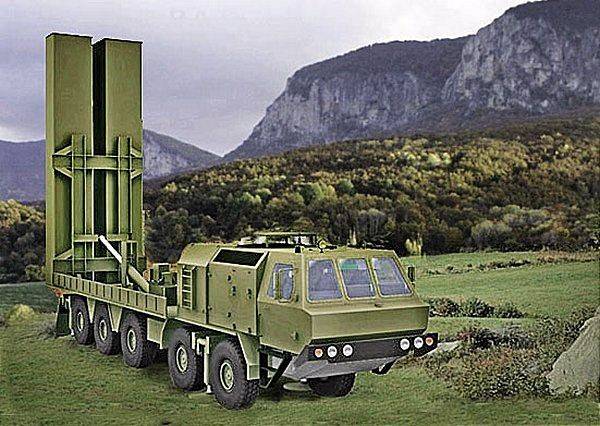 While only the layout. PTRC “Thunder” will be able to hit targets at ranges of up to 450 km

“ALDER”. But quite a lot comes information about the tests by another Ukrainian missile complex “Alder”. It is designed in such a way that the eponymous guided rocket, developed with the participation of Kiev CB “Ray”, starts by using reactive systems of volley fire (MLRS) “Smerch”. This is the most powerful, 300-mm MLRS Soviet, was accepted into service in 1987.

The creation and debugging of “Alder” is performed under supervision of Secretary of the NSDC Oleksandr Turchynov. As already reported, “Today”, the first test of this system took place on 22 March 2016. The second test took place on 26 August 2016, during which it made 14 launches. They were all found to be successful.

“This missile can hit a target the size of a volleyball court, and burn all on the square that measured in football fields,” — said on the results of those tests, assistant Secretary of defense Yury Biryukov. And after a third test, held on 17 November 2016, Biryukov called “Alder” “a terrible weapon that can shoot dozens of kilometres and hit the circle with a diameter of 50 meters.”

According Biryukova, created at the Ukrainian enterprises rocket “Alder” will be able to make up for the lack of ammunition for the “Tornadoes” that “destroyed many years.” And, according to Serhiy Zgurets, the appearance of the troops “Alder” will help solve the problem of the obsolescence of “Tochka-U” at least in terms of a range. Because the new complex will be able to hit targets within a radius of 120 km.

WHEN TO WAIT. An expert on the military-industrial complex Maksim Glushchenko notes that in the creation of high-precision weapons, the Ukrainian industry made the greatest progress, and under condition of normal financing new rocket weapons can appear in the armed forces, after one or two years. “This class of weapon is a good deterrent to any aggression. Therefore, it is a bet in the new military doctrine, and the projects have necessary funding”, — said Maxim Glushchenko, meaning “Alder”. About the same time said Sergei Zgurets.

But the forecasts for the same “Thunder” while less optimistic. In the best case, this complex may appear in the disposal of the APU no earlier than 2020.