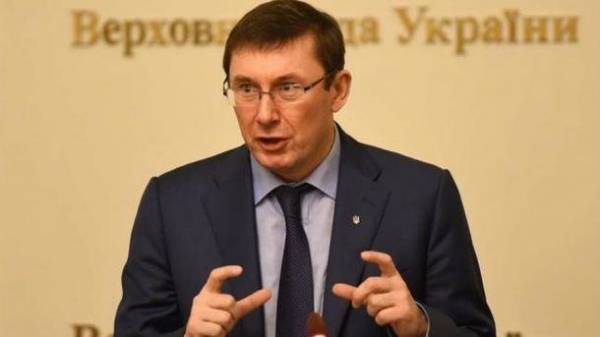 Prosecutor General Yury Lutsenko said that confiscated from ex-President Viktor Yanukovych $ 1.5 billion needs to work for the army and the people of Ukraine. About this he wrote in Facebook.

According to him, now workers “Oschadbank” where the arrested funds, and employees of the state Treasury comply with the court’s decision.

“We did it. I am sure that the funds stolen by the Yanukovych mafia, should be used so that it felt the army and the people of Ukraine”, – wrote Lutsenko.

He also noted the work of the Prosecutor K. Kulik, Deputy attorney General, and A. E. Enina Strezhevskoi.