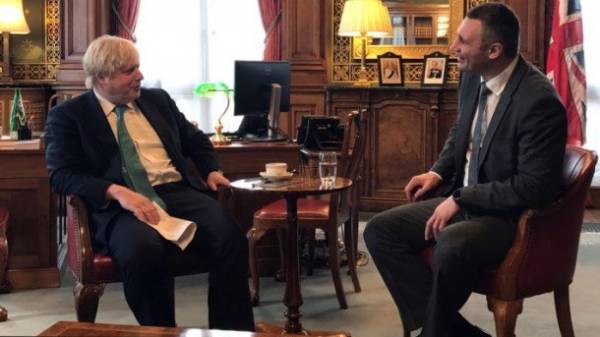 The mayor of Kiev Vitali Klitschko said that if Russia does not stop a Ukraine Putin will not be limited and will pose a threat to the rest of Europe. He stated this during a meeting with the foreign Minister of Britain, Boris Johnson in London, reports the press service of the KSCA.

He explained to Johnson how important sanctions against Moscow to stop Putin.

“Today it is really very important. After all, tangible sanctions, their consequences, will be able to stop Russia in its aggression against Ukraine from further escalation and aggravation of the situation. This is important because if Russia does not get a strong response from the civilized world, only Ukraine’s appetites are not limited to,” – said Klitschko.

He also noted that the best response to an aggressor will transform and reform the country.

As reported, Boris Johnson said that London does not recognize Russia’s annexation of Crimea. 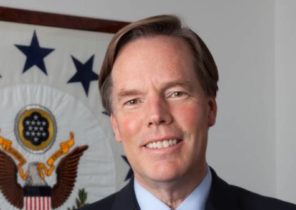