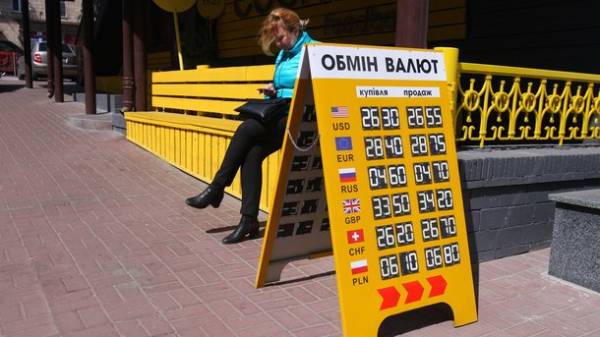 And not only that finally came spring, and with it the heat. The reason for a good mood, gave, in particular, the European Union, whose structure took the penultimate decision on granting Ukraine visa-free regime.

It was, perhaps, the first ever “visa-free” the history of our country when we did not expect any dirty trick. Until now, all decisions on bezveze was accompanied by some statements about the unfinished road map, about the machinations of the Verkhovna Rada of laws on changes of the European legislation due to the fact that it is necessary to limit the shaft migrants. And even when there is no problems with the law was no more, bezviz was under threat because of a sudden triggered the fire alarm in the European Parliament.

This week was no legal obstacles, no more fires. A meeting of EU ambassadors gathered in a routine manner and without any discussion decided to recommend to the EU Council to put an end to the long process of granting Ukraine a visa-free regime. This gives every reason to believe that in may, similarly, will host the EU Council without debate and tensions, and by the end of June it will be possible to cross the EU border without walking around the embassies.

THE REVIVAL OF THE HRYVNIA. The yevrooptymizm contributes somewhat unexpected strengthening of the hryvnia, which we have seen all last week. In principle, the spring growth of the national currency has become quite familiar. As you know, in 2015, the rate in February reached 40 hryvnia per dollar, but by the end of may came down to 22 in the winter of 2016 reached 26, but by the summer was below 25. But despite the tradition, no one expected that after the winter 28 the dollar falls below 27 hryvnia for one dollar. This week, however, every day he was getting lower by 10-15 cents, and yesterday the dollar could be bought for of 26.30.
However, the joy of strengthening the hryvnia slightly dampen the strengthening of the Euro. Once in France in the first round of the presidential election was won by the supporter of the European Union macron, the European currency rose from 1.06 euros to the dollar to 1.09. What in cents, of course, looks modest, but in the Ukrainian currency is 80 cents to one Euro.

However, in the end, bezviz allows you to drive in those countries where there are still the local currency (like Poland and Hungary), and on these visits and the strengthening of the Euro will not affect.

CASE MARTYNENKO. The main scandal this week was the unfolding of “the works of Mykola Martynenko,” which began last Thursday, when the National anti-corruption Bureau announced the arrest of former people’s Deputy from “popular front”. Martynenko accused of corruption in public procurement for enterprises “Energoatom”, which he, however, never led, but which could influence, being for nearly ten years head of the parliamentary Committee on fuel and energy.

Detained Martynenko was short — lived weekend the court released it, and not bail, and bail of people’s deputies. This decision is hardly surprising, because his former colleague decided to bail almost all faction “people’s front”.

However, the case continues to unfold: NABU held other detention and claims to have a solid base of evidence. This can determine only the court.

CIGARETTE SHORTAGE. Another incident, which ended last week — the showdown between the attorney General and distribution company, which actually is (or was until recently) a monopoly on the tobacco market. Echoes of this scandal have tasted many smokers, who discovered (for the first time since the early 90-ies of the last century!) the disappearance of a large number of names of cigarettes. This was due to the fact that the GPU confiscated the reserves of the company, accusing at the same time the monopoly in financing of separatism.

The scandal over the fact that the firm paid 300 million hryvnias of a penalty (the second in the history of Ukraine by the size of the fine). With regard to the financing of separatism, then the topic is closed message of the Prosecutor General Yuri Lutsenko that the Russian company changes owners.

MINE UNDER THE OSCE. The tragedy of the week happened in the Donbass, where a mine set on the uncontrolled territories of Ukraine blew up a car of the OSCE mission. In the explosion, one observer was killed.

BUT FATHER AND TRACTORS. Ukraine celebrated the 31st anniversary of the Chernobyl tragedy. Noted several unusual visit of the Belarusian President Alexander Lukashenko, who together with his Ukrainian colleague went to Chernobyl.

As usual, but father made several extraordinary statements, most of which was not focused on the Chernobyl disaster, the Belarusian-Ukrainian relations. Lukashenko has not said (as it did in March) that on the Ukrainian territory preparing militants for infiltration into Belarus. Now he said that between Belarusians and Ukrainians, the war will never be over, but Ukraine Belarusians can come except on tractors. However, we think the last phrase was just advertising the products of the Minsk tractor plant, sales of which fell in Ukraine in 2014, but in the last year and a half started to grow again.