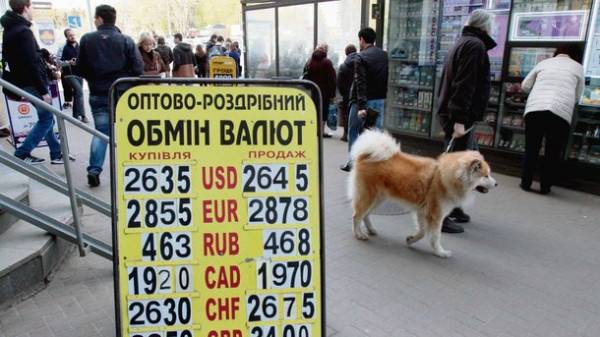 Dollar in Ukraine fell to the lowest level since the beginning of the year: the average rate of cash sales is equal 26,67 UAH/ USD, purchase — is 26.37 UAH/$. 45 kopecks lower than it was in early April. Finanalytica call such reason to strengthen the hryvnia — tranche of the IMF, the growth of prices for steel, iron ore and grain, the increase in foreign currency translation “guest workers”.

EXPERTS. Senior analyst “Forex club Ukraine” Andrew Shevchishin said that, in connection with the termination of topstone decreased demand for foreign currency for the purchase of gas and it also strengthened the hryvnia, “But less than 26 UAH/$ rate is unlikely to fall in the summer. And in the fall, except for purchases of gas, Ukraine must pay up to $1 billion on loans, so with the beginning of autumn the dollar again will go to growth, and the risk of devaluation above 28 UAH/$ is maintained.”

The President Ukranalittsentra Alexander Ohrimenko factors of strengthening the hryvnia calls foreign exchange earnings from the Ukrainians working abroad, the money the IMF and exporting. “About $2 billion since the beginning of the year received from migrant workers. Most of this currency is exchanged for hryvnia. The recent tranche of the IMF and the rise in foreign exchange inflows from exporters (more expensive steel, iron ore and grain. — Ed.) contribute to the fact that the dollar will continue to decline. In conjunction with the traditional summer devaluation this will allow the hryvnia to strengthen to below 26 UAH/$ may to 25,” — said Okhrimenko.

But national Bank analysts already predict that by the end of the year, the hryvnia devalues again to 27 UAH/$ and below. The main reason, according to them, that by the end of may reduce the demand for Ukrainian iron ore from China and at the same time will increase its offer on the market from the US, Australia and Brazil. But on the hryvnia exchange rate this will effect not before July (this time will be less to do the currency) and it will have time to strengthen to 25-25,5 UAH/$, according to finexpert. And only in autumn it is possible to return to 26-26,5 UAH/$.

Gasoline: increase of the oil

Despite the strengthening of the hryvnia in April, went into growth oil. According to the consulting group “A-95”, three weeks of the month, gasoline a-95 rose in price on average by 58 kopecks./l, or to 25.08 UAH/l, diesel fuel — by 66 kopecks./l, or to 22.75 UAH/L. however, according to forecasts, the prices will stop.

“The April price increase was caused by the increase in oil prices from $50 to $55 per barrel, — said the Director of “A-95″ Sergey Kuiun. — The Ukrainian market reacted to the rising cost of gasoline and diesel fuel. Fuel prices remain a potential growth of 50 kopecks./l, but this does not happen — the oil again began to fall. The same reasons led to increase in prices for liquefied petroleum (LPG) gas by 50-60 kopecks./l. But unlike gasoline and diesel fuel, it is significantly more expensive: according to our forecasts, in may and June, the price of LPG gas will return to 60% of the cost of gasoline, whereas in the last couple of years does not exceed 45%”.

Calculations show that the gas, which is becoming more popular in Ukraine, in this case, more expensive with an average of 11.5 UAH/l to 15 UAH/liter. 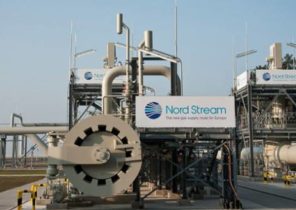