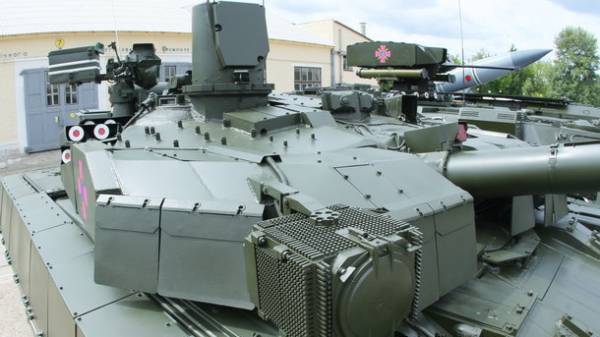 The export potential of Ukraine armament and military equipment is about $3 billion a year. However, for 2016, Ukraine has exported military equipment to only $740 million About this presentation of the project “Audit of Ukraine’s foreign policy. Index of relations”, Institute of world policy, said Director of the Center for army, conversion and disarmament Valentin Badrak.

On the question of the site “Today” on how to increase exports in conditions of war with Russia and the lack of arms and equipment for the needs of the Ukrainian army, Valentin Badrak said: “first currency (from the sale of arms and military equipment abroad – Ed.) gives working capital, the production does not stop and there is a possibility of the development of enterprises. Second, the war with Russia, certainly, is not eternal and Ukraine on the arms market has always been a serious player. There is hope that Ukraine will hold the position, although exports fell. In 2009, there were record exports of $2 billion today And $740 million Is not enough, but it is an opportunity to resist. And one more thing: for the army it was more important to 10 tanks “Bulat” than one tank “Oplot”. Why? Because the tank “Oplot” you need to master, and this time, it’s training complex, you need to teach the officers, etc to years of work.”

Besides, according to him, last year increased the share of private enterprises in the state defense order. If in 2015 the share of state enterprises was 67% (respectively 33% private), in 9 months of 2016, the share of private companies accounted for 61.1 per cent (respectively 38.9% of the state). As experts explain, for example, modernisation of the tank by 60-70% lower in private companies than in government agencies. Although, according to the Deputy Director for foreign economic activity of GP “Ukroboronprom” Denis Goraka, by the end of 2016, the indicators moved in the direction of increasing the share of state-owned companies to 50%.

The situation has improved and enterprises with the so-called closed loops. If in the early 2000s in Ukraine of such companies was only 6%, but now they have twice as many – 12%. “Example – Ukrainian wheeled vehicles. Ukraine never produced wheeled armored vehicles. Today, she is the best Russian. The same unmanned aircraft systems, which Ukraine has ever produced – now it is. Even the means of combat unmanned aviation systems, we now make” – told the “Today” Valentin Badrak.

We will remind, three years of war with Russia, Ukraine has managed to achieve import substitution 80% of the production of military-industrial complex, which previously primarily purchased in Russia.