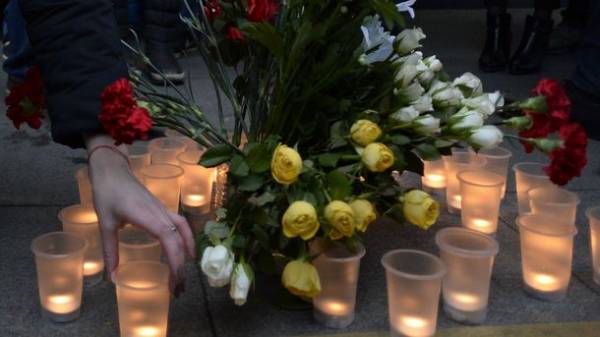 “As a result of the explosion, according to the revised data, 11 people were killed, 45 injured are in hospitals. In the framework of the investigative action carried out to establish all circumstances of this crime, the search for the perpetrators and organizers of terrorist attack, as well as accomplices of the criminals”, – is spoken in the message of NAK received by “Interfax”.

“Complete and objective investigation of criminal case on the fact of explosion in the subway of St. Petersburg decided to manufacture the Main Department on investigation of especially important cases of the Investigative Committee of Russia. In the framework of the investigative action carried out to establish all circumstances of this crime, the search for the perpetrators and organizers of terrorist attack, as well as accomplices of the criminals”, – stated in the message.

Quickly organized the evacuation of citizens, adopted additional measures to ensure public safety and streamline traffic in the city, said in a text message.