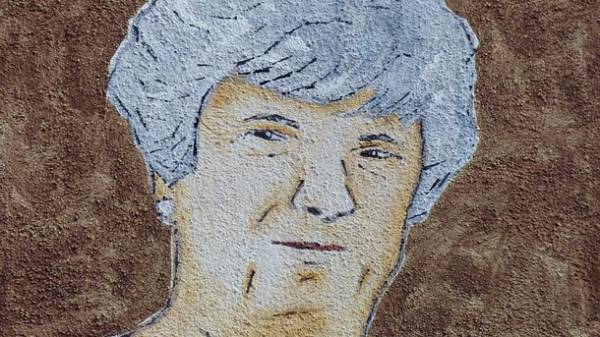 Ukrainian pensioners are the poorest in Europe. Belarusians in retirement receive no less than 83 dollars, the Russians – 123 $ poles – 480, and the Ukrainians – only $ 47. But on a small pension barely enough. In the past year, the Ministry of social policy said: the hole in the budget of the Pension Fund have reached a critical point. There are several problems. The Ukrainians get too low salaries, and therefore pay smaller amounts in taxes, besides, pensioners in the country more than the tax payers. The IMF insists: it is necessary to raise the retirement age. Then the number of “new” pensioners will be reduced, and the number of employees will grow. Ukrainians the idea is not supported.

The website “Today” to figure out when and how to raise the retirement age and why the Cabinet did not listen to the main creditor countries.

This year the retirement age is not touched, but sooner or later a decision will have to take

To raise the retirement age in Ukraine will not be assured by Prime Minister Vladimir Groisman. Pension reform will hold, but painful for Ukrainians, the issue is not touched. The logic Cabinet is simple: Ukrainians and so live a little.

One of the first versions of the Memorandum with the IMF include raising the retirement age by three years. The Minister sotspolitiki Andrey Reva explained: age of retirement increases, to change the ratio of workers to pensioners. However, in Ukraine there is an opportunity instead to reduce the number of pensioners to increase the number of employees. The controversial paragraph from the Memorandum removed.

However, after that the position of the IMF has changed. “Ukraine must find a way to reduce the inflow of new pensioners to the pension system and increase revenues to the Pension Fund. This can be achieved in different ways: from further limiting early retirement and increasing the effective retirement age,” wrote in his column, the head of the IMF mission in Ukraine, Ron van Roden. 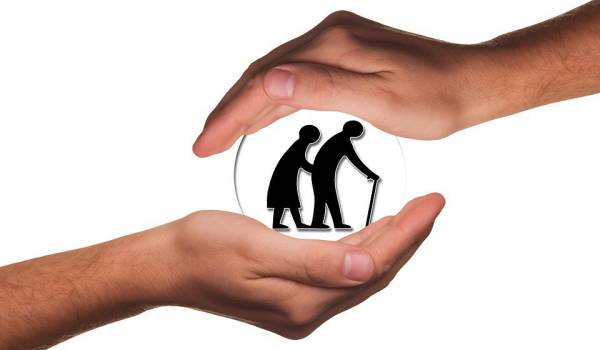 The average age of retirement for men, says Roden – about 58.5 years, for women – 56 years. For comparison: the average EU of 63.6 years for men and 62.6 years for women. Comments in the “Today” Deputy Prime Minister Pavlo Rozenko, who oversees the reform in the government, found a counter argument to raise the retirement age to 65 when the average life expectancy of Ukrainians – those 65 years of age.

“Again refers to the fact that in Europe the average age of retirement higher. Definitely can agree with this. But let us then next we present data on the duration of life. The duration of life of Ukrainians 10 years less than Europeans. If you take the ratio of retirement to the length of life, it would not be in favor of the European Union. We have a short. That is indicates how to set the retirement age for men at 65 when the average life expectancy of us men have 65 years”, – said Rozenko.

It is worth noting that the official reason operates not with data on the duration of life after 60 years, and calls the average age of living of Ukrainians. The latter takes into account the mortality at any age, including at birth. According to the Ministry of social policy, men who live to retirement age, on average live to 76 years and women to 80 years. That is, a Ukrainian man lives in retirement, not 5 years, as can be understood from the words of the official, and 16.

Arguments for raising the retirement age:

The majority of experts are sure sooner or later to raise the retirement age will have. With this position agree and parliamentarians from the Pro-presidential party, and even the government. According to the representative of the President in the Parliament Iryna Lutsenko, this step Ukraine can go five to ten years.

“It might happen in 5, 7, 10 years. We’re not talking about today… pensions are low and need to in this case is the joint system. But only after economic indicators and inflation will be at a low enough level to talk about the storage system,” — said Lutsenko in the air of TV channel “112 Ukraine”.

10 million Ukrainians working contain over 12 million pensioners. While still several million people employed, but contributions to pensions are not paid. If Ukraine is to increase the retirement age to 65 years – the number of pensioners will decrease by one million. If to 62 years – 500 thousand, calculated at the Institute of demography and social research.

“International standards like the Convention on social security, suggesting that retirement age is 65 years you can set no matter what the circumstances. In fact, to say that direct limits in international practice there. Low retirement age is not accompanied by a prolonged lifespan. People who live to 60 years, with the same probability will live up to 63 years”, – says senior researcher of the Institute of demography Lydia Tkachenko.

So, if every year to raise the retirement age by six months, the number of Ukrainians who retire, will be two times lower.

When they retire in other countries

Last year the President of Belarus Alexander Lukashenko signed a decree on gradual increase of the retirement age by five years. Men will receive a pension at 65, women at 60 years. In this long life of Belarusian pensioners are not much different from the situation in Ukraine. Belarusians, having reached 60 years, live on average 16 years (almost as much as the Ukrainians).

France’s pension reform approved in 2013-m to year. If change is not spent, according to government estimates, the shortage could increase from 14 to 19 billion dollars. The French increased the size of contributions and the retirement age. Now, according to who data on life expectancy in France, men spend “retirement” of 19.4 years, and women was 25.4. The average pension in 2016, the year 1142 of the dollar.

In Bosnia and Herzegovina, Georgia (men only), Kosovo, Croatia, Estonia retire at 60. In Germany and the US have announced plans to gradually increase the retirement age to 70 years.

Raising the retirement age – a necessary step, which are all developed countries. This is due to the global trend of population ageing. A generation of children is declining – the Ukrainians as Europeans, are in no hurry to have large families, while the elderly is not decreasing.

Expert opinions: whether to raise the retirement age 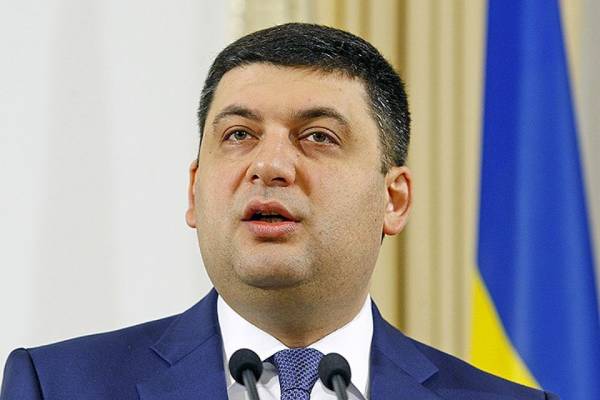 “Second position: we currently have with a totally low pensions the Pension Fund deficit over 140 billion UAH. This means only one thing – a system in which half is subsidized is not viable. Therefore, we must resolve the issue of shortage”.

“After making the Cabinet the government’s version of pension reform, which provides for increasing the retirement age and other measures to build a fair balanced system, the government will make a substantial recalculation of pensions for the Ukrainians”, — said the Prime Minister, answering questions of MPs in Parliament last month. 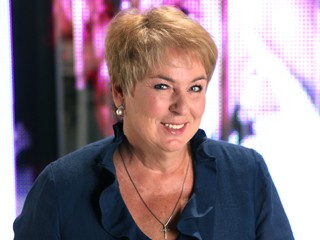 “If we have a retirement age of 60 years, our men have the chance to live in retirement for almost 15 years. If we retirement age will raise (men – approx.ed.) to 65 years, they will remain to live only 12 years. It is too little, if we assume that 40 years, they work somewhere and pay the fees, that’s just cruel. In women, the situation is better, they had all the demographic bases to raise the retirement age to 60 years.”

“It is too little, if we assume that 40 years, they work somewhere and pay the fees, that’s just cruel. In women, the situation is better, they had all the demographic bases to raise the retirement age to 60 years.” 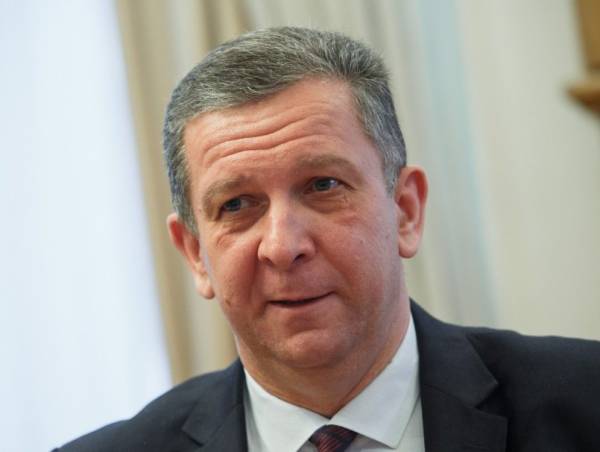 “We don’t have that in the program of the President, we don’t have that in the program of the Verkhovna Rada and the majority of political forces. Therefore, this issue can be discussed hypothetically. Here we have not enough money in the Pension Fund. We’re going to take on the West. Come to Germany to meet Angela Merkel. Mournfully in her face talking about what we don’t have enough money for retirement. What is she thinking, do you think? She is a woman of breeding, she certainly will not say it to my face, but she knows that her age of retirement in Germany is 67 years. What is she thinking? “You guys did a good job! How wonderful: my seniors are working to 67-mi, to stick, you have a 60, and the average age of men was 49 years in Ukraine, and you come at us asking for money to retire?”

Senior researcher of the Institute of demography and social studies Lydia Tkachenko: 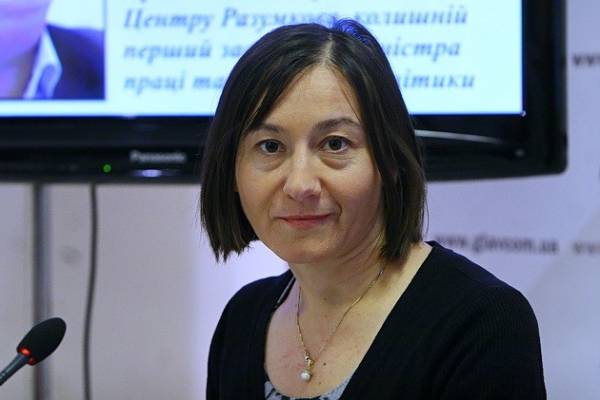 “I think we need to raise the retirement age. It is not for those people who have now retired, and not even for those who are now approaching retirement age. The decision you make today, and start improving later. It is possible to identify a generation, say, born в1990-s – early 2000-ies, and assign them a higher retirement age.

These generations are the most small, and yet they will shape the workforce, the burden on the pension system will be “off scale”. If them not to raise the retirement age, will have to raise taxes and the rate of ERUs. When these small generation will retire (this will be the end of the 2050-ies), there will be a slight easing of tension and you can pay them more generous pensions.”