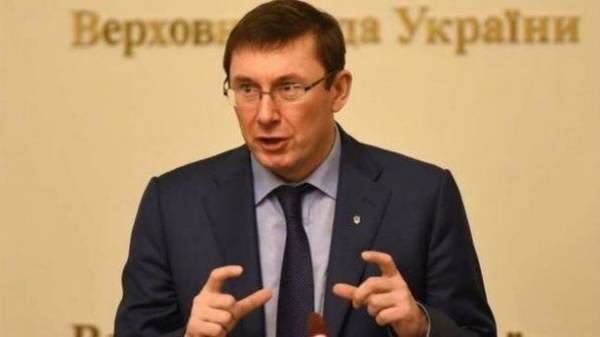 The Russian side constantly delaying the process of exchange of prisoners, so Ukrainian-held hostages have to sit in jail without charge. This was told in an interview with German newspaper Bild Prosecutor General Yury Lutsenko, reports Interfax-Ukraine.

According to him, Kiev has prepared a list of the hostages, ready to exchange, but it’s not happening through the fault of the Russian side.

“The problem is the following: if I want to transfer the person to the other party in respect of which investigation, I must first close the production of… Individuals who have already been convicted can be pardoned, then exchanged… But if the exchange will not happen neither tomorrow, nor in a week nor in a month, we have a problem, because we can neither deny him nor hold him. If we don’t know when the separatists will agree to exchange, and we have six months to wait for him, I have every time to open the case. Received daily calls, they say, are preparing an exchange, and every day I’m forced to close and then again open the case. If I have a guarantee that the exchange will take place then, and then, I’ll do it. But if will carry, the person will continue to be in a gray area,” – said Lutsenko added that that detainees had to remain in pre-trial investigation without the laying of charges.

See also: how did a prisoner exchange in Donbas

According to him, with a view to future exchange without charges currently held about 100 people.

Lutsenko stressed that the issue of exchange of prisoners – not political, but practical, but noted that he was “used by the Kremlin as a political weapon.”

Earlier in the SBU told that the situation with the Ukrainian hostages in the Donbas is deteriorating, as their number grows.