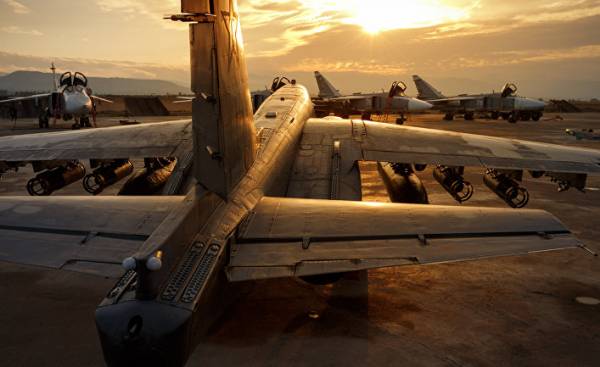 A lot has changed, and the current situation in the international arena has been developing against the will of Russian President Vladimir Putin, who believes that after the United States struck at the airport “Shirt” as a punishment for the Syrian regime using chemical weapons against civilians in the town of Khan Sheyhun, Russia can’t save Assad. When it became obvious that Moscow’s ability is limited and the task is almost impossible, Putin was forced to make a decision that was of great importance not only for Russia and Syria, but also for the whole world. We can say that today he has no choice but to achieve a balanced settlement of the Syrian conflict to reach an agreement with the Syrian opposition, while ensuring that it took into account the interests of the Russian side. At the same time, such an agreement is inevitable, because conflict resolution means recognition of the rights and fulfillment of demands of the Syrian people. Otherwise, she would have to restrict the role of the observer, and then Assad will lose. According to Putin, will lose and Russia, not being able to do something for the Syrian President and his country. In this connection it is appropriate to recall the words of Shakespeare “went for wool and came back shorn”.

Currently, Putin is trying to adapt to the consequences of a missile strike the U.S., since the latter showed the real status of Russia. Moscow is working on a reassessment of the role of the army in the conflict. This means that it goes from direct involvement in combat and relies on intermediaries. It’s Iran, his mercenaries and the army of Assad, which Moscow decided to equip various types of weapons are supposed to give her the opportunity to respond to the actions of the US during that period, which is necessary to convince them that the outcome will not depend only on the decisions of the White house. In other words, while Washington has preferred not to act through intermediaries, and to take part in the war, the last steps of the Kremlin demonstrate that from now on he will resort to the mediation of other forces, even if they will be terrorist groups subordinate to Iran. All that in order to continue the war and ensure that any military or political blow to Syrian regime will be a blow to Russia and her army, because she doesn’t want to risk getting involved in a conflict with the US army.

Remember, Putin said that, according to the calculations, the outcome of the Syrian conflict will be resolved within three, maximum six months. He believed that Washington will continue to pursue a policy of non-interference in the Syrian issue, which will allow Russia to take on a leadership role in Syria, put an end to the revolution and to save Assad. It was assumed that when Washington gets out of the coma, you will realize that you no longer able to change the situation and had no other choice but to obey the new world leader, President Putin. He predetermined the outcome of the conflict will win the victory over the people of Syria and the United States. As a result, Washington will be forced to make any concessions on international issues, whether it’s regarding the Ukraine, Crimea or Eastern Europe.

However, the calculations of Putin against Syria did not materialize. And now he is faced with American intervention, seeing that the changes in military tactics, namely, the rate of warfare the arms of Iran, Assad and the mercenaries from among the Salafis, might prolong the conflict indefinitely and to include the United States. Russia forgets what the heavy losses suffered by its army: only during the battle for Palmyra from 1 to 19 February, the number of dead and wounded reached 172 people.

It is unlikely that Putin in his calculations assumed that the Americans would participate directly in the war in Syria and make its goal the overthrow of Bashar al-Assad, realizing that the war against terrorism will not succeed while he is in power. In this case, it will do the Kremlin, in fact, it seems that the US will not change its policy in the near future? Will he be able to protect its position in Syria, waging war indirectly, after her army had been trapped down there?

An important remaining question is: will the mistake of Putin to defeat the Syrian regime and Russia, or the latter refuses to support the Assad regime and begin to look for a way resolve the crisis all sides of the conflict considered it fair, and then Moscow will become convinced that the best victory is the one that satisfies all parties?