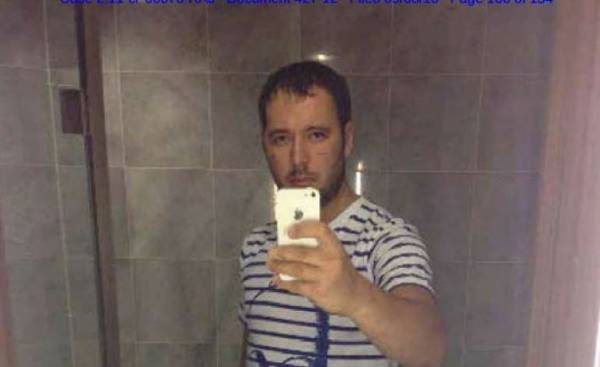 Russian hacker Roman Seleznev, the son of the Deputy of the state Duma of Russia, tried to mitigate his sentence with the letter, which talks about how growing up with an alcoholic mother, about the difficult everyday life of iberoservice and his miraculous healing after a serious injury. A Federal court in Seattle, the letter is not believed Selezneva and sentenced to 27 years in prison.

However, before moving on to the letter, a copy of which was available to the Russian service Bi-bi-si, back to the events that preceded the verdict.

In mid-April, the Prosecutor’s office for the Western district of Washington addressed judge Richard Jones with a 35-page petition, ispugavshis reasons why she demanded to sentence Roman Seleznev to 30 years in prison.

This incredibly long period, which in the US are not sentenced even such large hackers as Ukrainian Roman VEGA, who received 18 years, or the Americans David Kames (sat for 20 years) and Alberto Gonzales, with his accomplices stole the details of around 45 million credit cards (also got 20 years).

The Prosecutor’s office noted that the idea Seleznev relies even a life sentence for 38 offenses in which the jury Seattle found him guilty.

The trial was held in August last year and took 8 working days.

As he wrote to the judge, the Prosecutor’s office, “sitting at a keyboard in Vladivostok and Bali in Indonesia, Seleznev and his accomplices hacked into thousands of computers worldwide, including systems of numerous small businesses in the Western district of Washington. Seleznev stole from those computers millions of credit card numbers, which are then sold to other criminals for use in moshennichestva transactions”.

“But Roman Seleznev not only stole and sold credit card data, — it is spoken further. — He was a criminal entrepreneur whose innovations transformed the industry of carding”, that is, frauds with credit cards.

The Russians created two automated point of sale of credit cards details, which allowed criminals to easily find and buy the stolen data. In the words of prosecutors, thanks to these “shops” to do the carding was as easy as to buy the book on the website Amazon.com.

To put in many, many years

After that Seleznyov was created under the alias 2Pac “online market where dozens of infamous hackers sold the stolen credit card data”.

Offer stolen information, Seleznev at the same time stimulated the demand for it, organizing website POS Dumps, where thousands of new criminals are familiar with the basics of using this information for fraudulent purposes.

According to prosecutors, “Seleznev was enriched on this activity, and lived lavishly at the expense of law-abiding taxpayers whose businesses suffered losses or had died as a result seleznevsky attacks”.

“Seleznev has also brought huge losses to financial institutions — continue to prokurory. — Only known losses associated with the crimes Selezneva approximately $ 170 million. Among the victims — 3700 various financial institutions, more than 500 companies around the world and millions of owners of credit cards”.

The Prosecutor’s office does not exclude that the total amount caused by Seleznev and his accomplices material damage could exceed a billion dollars.

Adjudications in the United States are calculated according to a special table in which a maximum of 43 level. The Prosecutor’s office stresses that the crimes for which he was convicted Seleznev, in aggregate, pulling in 59 levels, and observes that “the Roman Seleznyov, apparently, caused damage to more victims and caused more damage than any other defendant ever predstavki before this court.”

Urging judge Jones to make Russian an unprecedented severe sentence, prosecutors noted that Seleznev is “the person, extremely gifted in computer parts and has an outstanding grip on the part of the business, but he repeatedly chose to take on cybercrime, moreover, each time expanding the scope of their criminal enterprises and the scope of the inflicted damage.”

Prosecutors warned that “after the liberation Seleznev will return to Russia, where he again made inaccessible to U.S. law enforcement agencies. The sentence must proceed from the fact that Seleznev many years it was not possible to carry out their cyber attacks.”

The current lawyer of the Russian citizen Igor Litvak disputed the Prosecutor’s assessment of damages, stating that his client sincerely repent of their deeds, and assured that he will never fold because it seizes in prison other professions.

Proving that Seleznev is going to be released with a clear conscience, Litvak reminded the judge that “at his last questioning Seleznev not only answered honestly to all the questions of the prosecution, but actively and truthfully provided all the information available to it”.

As noted by the lawyer “during interrogations, it seemed that the prosecution had a great interest in this information. Did not have the impression that she doubts the veracity of Seleznev”.

In light of the foregoing, Litvak wrote to the judge before sentencing, his very wince, that the Prosecutor’s office now claims that “Seleznev made statements that are obviously false, and thus even more devalued the information”.

According to the lawyer, such a conclusion is not confirmed by prosecutors that took place in these interrogations, “especially in light of the fact that Seleznev was the initiator of communication with the Prosecutor’s office and in recent months has given her four of his laptop and six drives, which were brought in the assistance of his counsel”.

“The defendant decided not to cooperate”

From her answer, it turns out that Seleznev met with prosecutors in December 2014, i.e. 5 months after he was arrested in Maldives and handed over to the Americans. The idea was that he would provide information to the investigation and this will ease their plight. So, anyway, I thought the prosecutors.

As they wrote recently to the judge, at that moment Seleznev still had fresh information that could be useful in other cases. Ahead of the meeting with Seleznev Prosecutor repeatedly told his then counsel that the value of his testimony — and hence the size of the breaks that he can count depends on how relevant it information. In the fleeting world of hackers it becomes obsolete very quickly.

Prosecutors warned that when postpone meeting with them after the process, which was then scheduled for may 4, 2015, the value of his cooperation with the investigation greatly reduced, and then all will come to naught.

“The defendant, however, decided not to cooperate,” prosecutors wrote. He was aggressive and repeatedly refused to name accomplices. Seleznev explained that holds this information, because it’s his bargaining chip with prosecutors. The latter was not negotiating, and compromising, which then Seleznev has not provided.

If you believe the Prosecutor, in the following months, she repeatedly discussed with the defenders rossein prospects of its cooperation with the investigation and again warned them that the information is steadily becoming obsolete.

For 20 months Seleznev anything she said, but after he was convicted, again expressed a desire to meet with prosecutors and provide them with information. These meetings took place on 28 and 29 March of this year, that is, shortly before the verdict that Seleznev was hoping thus reduce the.

“Sorry — shrug prosecutors — he had no particularly valuable information.” Seleznev admitted that he was guilty, and pointed out the persons with whom he hunted on the forums for carders. He also said that some accomplices, with whom they arrange the business in 2006 until his arrest in 2014.

“However, say prosecutors — most of the information he provided was already known to the Secret service”. The information that is shared with them but Seleznev was of historical interest, but could not help the police in their ongoing work. In other words, a good spoon for dinner.

A letter from the dungeons

As is clear from the record of telephone conversations of Russian with his father, a state Duma Deputy from LDPR Valery Seleznev, and friend Anna, Otisco, there was a time when they hope to elect Donald trump President of the United States.

But trump these expectations were not met. The Prosecutor’s office saw no reason to ask the judge to reduce Seleznev Junior period for the belated cooperation, and then he turned to the judge with tearful letter.

He says it in broken English about his traumatic childhood in Vladivostok, where his parents divorced when he was 2 years old, and he grew up with an alcoholic mother. One day he found her drowned in the bath.

The Novel came before the interest in computer technology and talent. He embarked on the path of computer crime and began to prosper. One day it broke the bandits who tortured him all night and forced to give all the money and passwords. So he decided to get a real estate in Bali.

While on vacation in Morocco, he became a victim of the exploding number of martyred, lost a fair portion of the skull, which now replaces the titanium plate, and spent several months in a Moscow hospital.

“Today justice was not”

It again tightened computer crime, but the arrest saved him from sliding further downhill.

The 11-page letter ends like this: “Today I am alive and thank God and the government of the United States of America. Before his arrest I was rolling down a very dangerous road. Thank you very much. R. S.”.

The prosecution has not found the letter compelling and, it seems, was right. After judge Jones sentenced Selezneva by age 27, lawyer Litvak announced his written statement in which thanks to the US anymore. And then there is this:

“I was kidnapped US, and they know it’s true — says sentenced. — I respect and understand the need for justice, but today justice was not.”

Against him prosecuted, even in the two States. Now the local Federal prosecutors to decide, to judge whether Seleznev. 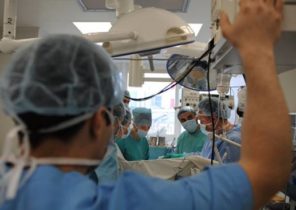 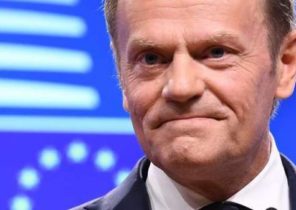 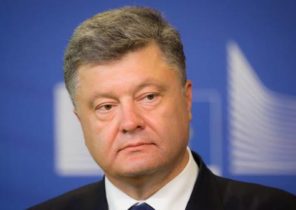