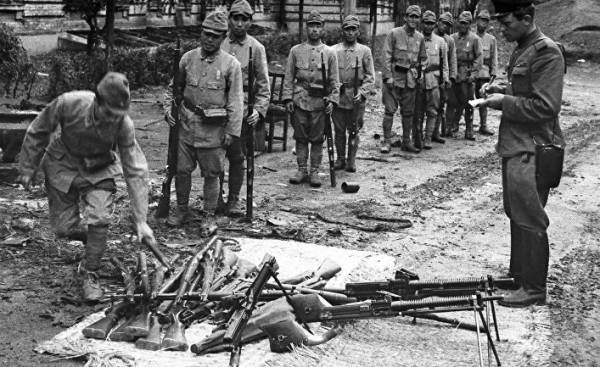 Recently it became known that in Russia lives a Japanese who was arrested by Soviet troops in 1945 in Manchuria and exiled to Siberia. Almost all internees were sent to Japan by December of 1956, but according to the foreign Ministry of Japan, in the USSR there are about a thousand people.

This man had our first interview with Japanese media. “After the war I have never been to Japan. Before his death, would like to see it with my own eyes,” he says.

His name is Akio Tanaka (Akeo Tanaka, 89). He was born in Hokkaido in the village Ambato. When he turned 20, he enlisted in the army. He was sent to Manchuria the Kwantung army. During the war, Tanaka served as a machine gunner and fought with the Chinese troops.

At the end of the war he was arrested by Soviet troops who invaded Manchuria. In the Khabarovsk camp he was engaged in forced labour: felling the forest. The camp was more than a thousand Japanese. Also there were German prisoners of war.

When they started sending the prisoners home, one of the chiefs said that if a soldier returns alive, he will be executed as a traitor, so Tanaka decided to stay in the USSR.

In the 1960-ies, after the liberation, Tanaka was awarded Soviet citizenship. He worked as a seaman and a farmer on the farm. He currently lives in retirement in the small village of pogi, which is located 60 kilometers South of St. Petersburg. The neighbors like him, they call him “the cheerful grandpa”.

According to Tanaka, in 1980-ies he visited the Consulate General of Japan in Leningrad and he said he wants to return to Japan. Before you go to Manchuria, Tanaka lived in Noboribetsu in Hokkaido. His father there was a hotel at a hot spring. Sister was younger than him by three years. However, at the Consulate, he was informed that his father has died and the address of the sisters is unknown.

Now Tanaka has already said in broken Japanese: it can only say “thank you”, “forgot”, “down” and so on. I asked him to write his name, which consists of four characters. Tanaka wrote correctly only three characters, and the fourth made a mistake. He remembers that his father’s name was Tomikichi, and his sister Kimiko, but hieroglyphs to write their names can.

In early April, the Russian newspaper “Arguments and facts” published an article about Tanaka. The Japanese, who read an article online, want to help Tanaka to return home. “I am very grateful to them. If I can see your mother Ambato and Noboribetsu, where my father worked, I’ll be happy.”

As for the former Japanese prisoners living in Russia, in 2006 Yoshiaki Nakagawa (Nakagawa Yoshiaki), which live in Kalmykia and who was born in Yamagata Prefecture, was able to visit Japan.