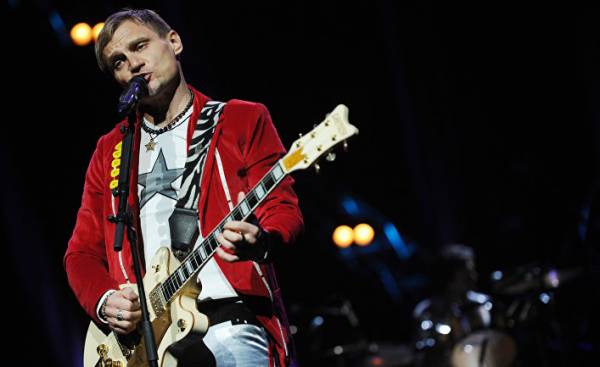 The leader of the band “Vopli Vidopliassova” Oleg Skrypka believes that people who can’t learn the Ukrainian language, have a low IQ and they should be separated because they are socially dangerous. He told about it in interview “to the Ukrainian truth. Life.”

“People who can’t learn Ukrainian, have a low IQ, so were diagnosed with “idiocy”. They must be separated because they are socially dangerous, it is necessary to create a ghetto for them. And we will help them how to help people with disabilities, on a voluntary basis are going to sing them, “Vladimir Central”,” — said the Violin.

The musician said that he would like to live in a completely Ukrainian-speaking cultural environment.

“I’m not a statesman, I’m a dreamer, a perfectionist. I would like to live in a completely Ukrainian-speaking cultural environment. Around me I implement it — I communicate with the best Ukrainian, I employ a staff of Ukrainian professionals. If people do not speak Ukrainian, they have every right to look for work elsewhere,” said Violin.

The Kyiv city Council intends to recommend to the management of facilities service providers to require employees to communicate with clients in Ukrainian language. The Verkhovna Rada Committee on freedom of speech and information policy recommends the Parliament to compel local television stations to broadcast not less than 60% of broadcasting in the state language.