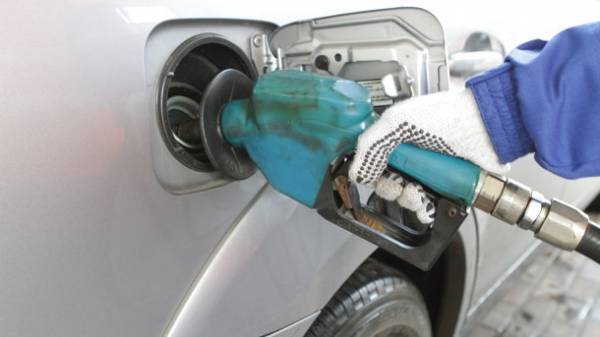 On the Ukrainian filling stations continues to rise in price of fuel. Not only gasoline and diesel, but autogas. So, according to the consulting company “A-95” from the beginning of April the cost of, for example, gasoline A-95 rose by almost 60 cents per liter, to 25.07 UAH/l. To 50 cents has risen and liquefied natural gas, the cost of Ukrainian gas stations already reaches an average of 11.58 UAH/liter.

The same amount has risen in price, and diesel. And this is not the final price tags, experts warn. Before the end of April, the fuel could rise by 70 kopecks./l. And this despite the fact that the dollar, which is traditionally linked prices for petrol, diesel and gas, not only remains stable, but fell in the last few days, writes UBR.

Experts say that this time, prices for Ukrainian gas stations have intervened in the world market.
If the rise in the cost of LPG was caused by problems with the supply of product from Russia then the rest of the fuel went up, primarily due to the growth of world quotations on oil.

On the cost of oil affect not only the decline in industrial stocks, but the recent missile strikes USA on Syria, and the threat of North Korea to halt oil supplies to the DPRK, in the case of the recent nuclear tests.

“However, in anticipation of negotiations, the U.S. and North Korea global banks and funds while began to hold rates. Now they have stalled at 52 dollars per barrel. Also the price effect and the beginning of sowing campaign in Ukraine, which traditionally bring an increase in demand for fuel,” — said the representative of the Economic discussion club Sergey Sapegin.

Ukrainian drivers ready to pay more for loans to quickly obtain the money
At the same time, as noted by the Chairman of the Committee of economists of Ukraine Andriy Novak, the tankers could raise prices in the Wake of increased demand from drivers. Although the expert does not deny that prices are also influenced by the hike in energy prices.
“We must not forget that the market is working almost alone monopolists. Three or four big players regularly use the mechanisms of collusion and anti-monopoly Committee inactive,” says Novak.

The reserve
According to experts of the fuel market Leonid Kosyanchuk, due to the fact that the peak of world petroleum prices was much higher the current, our operators still have room to raise prices – be economically justifiable rise in the cost of fuel in General about 1.5 grn./L.

As Kiev drivers will Park in the city centre
As told UBR.ua the oil market expert, member of the Supervisory Board, “Integrum ventures” Alexander Kirimov, Platts quotes increased by approximately$ 30 to the value of March, which led to a significant increase in the cost of fuel.

Fuel will continue to go up as soon as our traders “washed” previously purchased cheaper online. Ie, cheaper gasoline at the pump just wearing out and can replace more expensive.

“Cheaper previously purchased gasoline already over at the gas station, and started to use more expensive here hence the higher prices. The average price of gasoline increased by 53 kopecks. per liter, and on diesel fuel by 46 kopecks. per liter. So to grow there is still much”, — said Leonid kosyanchuk.

According to Alexander Kirimova, decreasing inventory prices for oil products will grow by 30 to 70 kopecks./l until the end of April. “DT will be stable in view of the abundance of this product in the country and balance the price range of pipe product from Russia,” — said Karimov.

It should be noted that, to accurately predict the final cost of petroleum products at Ukrainian filling stations in the near future prevent the constant change of internal variables. According to Andrew Novak, if the situation on world markets is more or less predictable, to forecast the exchange rate in Ukraine, tax changes, etc. very difficult.

But even the current performance of the Ukrainian drivers rejoice while there is nothing particularly.

At the same time, the Ukrainian tankers raise their price tags very carefully, as price growth inevitably leads to falling demand for fuel from motorists – many drivers and so moved their car to gas, thus reducing the consumption of traditional fuels.

Experts say that the infrastructure of retail sales of petroleum products surplus, as consumption is falling, and the number of stations is unchanged – the number of filling stations in Ukraine is 4-5 times higher than European standards.

According to Sergei sapegina, a Ukrainian gas stations have now to optimize costs, to reconsider their plans to open new filling stations, and in some cases, even to reduce their number. 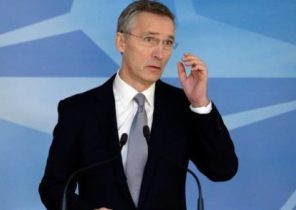