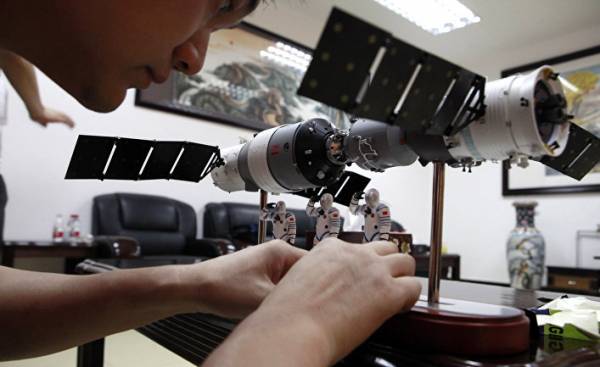 At the airport in Shanghai recently carried out maneuvers to be evaluated differently than just test aborted takeoff. The pilots of China’s first large passenger aircraft C919 model, deliberately not going to take off even earlier. High-speed testing at the fourth runway — the final preparations before the big first flight. Which will take place maybe even in April.

Chinese program aircraft very late. Initially, the first flight of this model for 158 of the passengers were scheduled for 2014. In addition, passenger aircraft contains many key components, such as, for example, the engines of Western production. But at the same time it becomes clear that the Chinese airlines in the future will no longer be confined to the models Airbus and Boeing. Own manufacturer Comac can design and aircraft grade A320 or Boeing 737. Already 570 orders made on the model of the C919, less duopoly of Airbus/Boeing.

While in Shanghai, the specialists of the aircraft doing the last preparations before the first flight among the experts on the space program, too, is a lot of excitement. Here also we are talking about the premiere.

Between 20 and 24 April is to be first launched into space on an unmanned cargo spacecraft for the second launch of powerful carrier rocket of China. The machine “Tanjou-1”, is translated as “heavenly ship”, should be in the future of space transportation supply, when the rulers of Beijing over time, build its own large space station like “International space station” (ISS), where at the insistence of the US ban for the Chinese to visit and dock.

First cargo ship of Tanjo-1 will fly to the Chinese space mini-station Tiangong-2 and there for five months of the three will work out an automated docking, shipping and refueling.

A Chinese cargo ship with a length of ten meters and three meters in diameter can deliver in the space of 6.5 tons of cargo. This is almost three times more than the Russian cargo ship “Progress”, which regularly flies to the ISS.

Other projects at present are also at the start: American cargo ship Cygnus and manned Soyuz will fly to the ISS. Thus, the authorities has been enjoying a great revival.

For China, both projects are evidence of the rise of the aviation and space industries of the country to the level of world Higher League. While in the US space missions developed with the active participation of billionaires, such as, for example, Elon Musk (Elon Musk) (SpaceX and Tesla) and Jeff Bezos (Jeff Bezos) (Amazon founder), Beijing sees its way to success with the managed and state-financed sector’s development strategy.

Maybe in 2017 the people’s Republic for the first time will launch into space more missiles than the United States and Russia. Europe is already lagging behind, and due to the strike in the vicinity of the spaceport in French Guiana will not be able to carry out your plan starts.

In aviation projects China is still far-reaching plans. After the first delivery of the first regional aircraft ARJ21 in 2015 and now the upcoming first flight of a large passenger C919 model for a long time it is preparing the long-haul model.

Of course, the question is, when in reality, passengers will be able it to fly open. Successful first flight means a long lack of supplies airlines. This bitter experience has already received all the manufacturers from Boeing to Airbus and Comac.