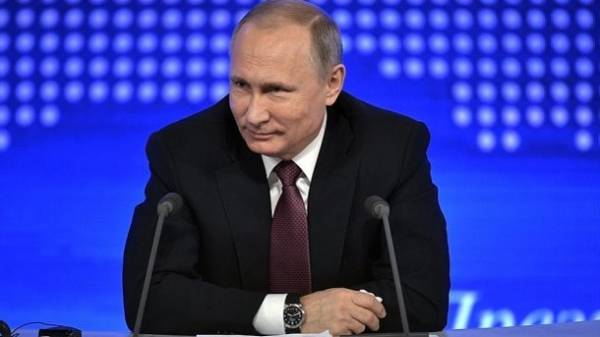 Russia through gradual integration of the occupied territories is trying to separate Donbas from Ukraine. It is reported Bloomberg, citing three sources close to authorities in Moscow, reports “Rain”.

The publication notes that the Russian President Vladimir Putin tightens control over the Donbas.

Agency sources say that the Kremlin is not going to officially recognize the self-proclaimed “DNR” and “LNR”, and trying to integrate them with Russia.

While the US has not taken a clear position on Ukraine, Putin enjoys the situation and destroy the Minsk agreement.

“The next step for the separation of Donbass — there is no doubt,” — said the Deputy of the state Duma from “United Russia” Konstantin Zatulin.

Russia is gradually using, including the economic blockade by the Ukrainian activists, as well as key in building economic ties with the breakaway republics.

Earlier, Ukrainian General Igor Romanenko told me that for the Kremlin the protracted war in the Donbas is a method of influence on Ukraine. In his opinion, any aggravation of the situation in the Donbass due to the political circumstances.

In turn, the President of Ukraine Petro Poroshenko said that his Russian counterpart Vladimir Putin regularly violates the data on the various negotiations promises regarding the ceasefire in the Donbass.

Also the Deputy head of the presidential Administration Konstantin Eliseev said that Russia may attempt the annexation of the Donbass. According to him, on the eve of presidential elections in Russia, the invaders can try in the form of pseudo-referendums to divorce the region from Ukraine.