The Finance Ministry last year held a large-scale verification of recipients of social payments. The officials planned to save about five billion budgetary hryvnias. By results of work in the Ministry of Finance recommended to stop paying 1.5 million people (just checked the 26 million Ukrainians). However, the final decision is up to the distributors of the funds (the Pension Fund (PF), Ministry of social policy, etc.).

As reported in the PF, not all of the recommendations of the Ministry of Finance was correct: the part of Ukrainians, which was filed by the Ministry of Finance, no longer receives a pension, others, as stated in the PF, the verification is not passed, the list of “recommendations for termination payments” were, but actually your pension get legal. However, there are those who do for years illegally received pensions, and who managed to “calculate” due verification. The website “Segodnia” found as the last verification last year and who risks to remain without help from the state in 2017.

Under question 185 of thousands of subsidianes

The verification process, as reported by “Segodnya” the Ministry of Finance, will continue this year. Now the Agency especially for this is developing a draft law “On verification”.

Most violate grantees. As explained in one of the territorial bodies of social protection, leave without subsidies of Ukrainians are for two reasons: if during the period of 12 months prior to the registration of grants the purchase was made or paid service in the amount of 50 thousand hryvnias; if grantee hides the extra income.

Officials still have not worked out a mechanism how to identify the real income of Ukrainians. As told Deputy Minister of Finance Oksana Markarova, for verification of account information only from official sources. If additional income is not furnished, or subsidence at work part of their salaries paid in “envelopes”, discover this very difficult.

However, among subsidianes found more than 100 thousand families, which during the year purchased a plot of land or real estate (worth more than 50 thousand hryvnia), and then issued a grant.

Now the results of the verification of seven thousand families were left without subsidies (the state saved almost 15 million). Just a “blacklist” of the Ministry of Finance got 185 thousand grantees, now the information is verified by the social security authorities.

Who can remain without pensions

As a result of the verification to the Pension Fund sent a 503 thousands of records, which caused doubts among the Ministry of Finance. At the moment, as reported in the press service of PF, dealt 271 thousand recommendations. Some pensioners left without payment. Thus, the Fund noted that the systematic and massive violations they found.

“As of December 1, 2016 the Pension Fund is taken in the work of 201,1 thousand recommendations for recipients of pension payments. Of them today processed 105.9 thousand, are in the study of 95.2 thousand records. The results of this work indicate that 80 thousand records pensions terminated by bodies of the Pension Fund before the start of verification, 25.9 thousand – confirmed the legality of pension benefits, and only 35 the recommendations of the terminated pension benefits,” the Fund reported.

In Ukraine there are several fraudulent schemes to obtain pensions. During verification found that pension on the fake passport was made out by the parties in one day. The surge in fraud recorded in June 2013 of the year, says the government. What is the reason, to find out to law enforcement.

Why to perform verification

The largest expenditure budget – social spending. So, on social programs spent 40% of all funds. However, as speak in the Ministry of Finance, unified registry of beneficiaries is not, in the result of nationwide’s “dead souls” receive pensions, and resourceful Ukrainians make allowances for false documents.

At the beginning of the year, the Ministry of Finance created a special Department with a staff of only 11 people – their task is to collect the information that is in different state bodies and banks, and to map it. From the very beginning and in the PF and the Ministry of social policy to the verification of the Ministry of Finance was skeptical. Deputy Chairman of the Pension Fund Mykola Shambir explained in the Fund and so regularly collate data and carry out inspections.

“The information we receive in the reverse order – it is very difficult to handle. Take, for example, passport number or code of the person who they have there is their verification. But we have no common information base. We have more than 700 social security offices – where to apply this code and passport? In what Department? Where did they find it? What social benefits he received? What’s the problem? The form in which we present the information – is practiced by law, the form in which we provide information is not yet perfected, and we can’t practically implement it” – said about verification in the middle of last year the Minister sotspolitiki Andrey Reva. 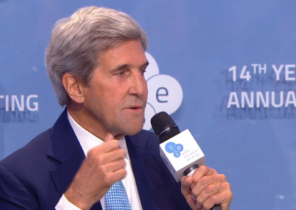