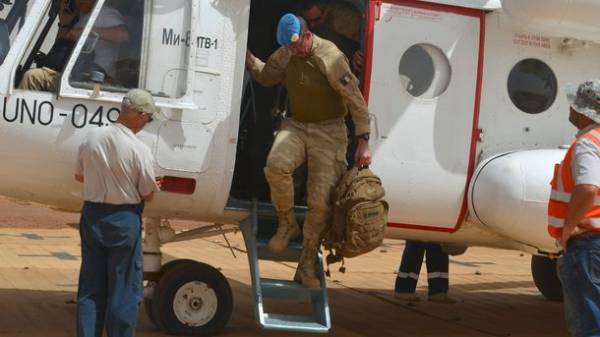 In Mali, an explosion occurred, injuring two peacekeepers of the United Nations (UN) and one civilian. This was reported by the official representative of the UN Secretary-General stéphane Dujarric at a press briefing, transfer “RIA Novosti”.

According to him, under the car of the peacekeepers worked “an improvised explosive device or mine” in the province of Kidal. While Dujarric did not specify the nationality of the victims.

Dujarric also said that the government forces of Mali was attacked by “unknown armed groups”.

We will remind, earlier at the military base in Mali a suicide bomber blew up a car. The explosion occurred when the military training camp. In the camp were soldiers of the Republic of Mali, as well as units, to carry out joint patrols under the proposed UN program to reduce violence in Mali. According to initial information, the number of deaths was 47, 115 were injured.