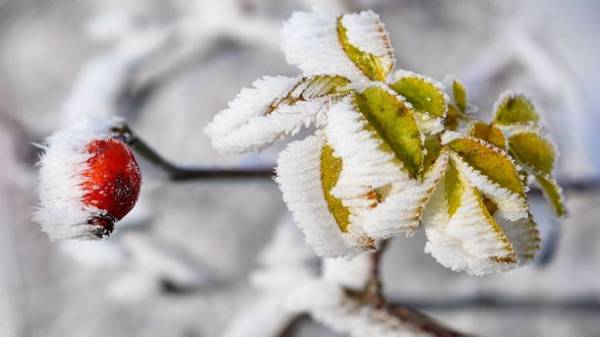 “On the weekend, freeze will probably stop. Will be a little warmer,” she said.

According to her, this week is just not cool and winter cold. In addition, she added that in Kiev on the weekend there may be rain.

Weather in Ukraine: in the night of Wednesday, expect a serious cold

A forecaster Natalia Didenko on his page in Facebook reported that in the coming days in Ukraine will remain the night frosts, and in the afternoon the air temperature will be slightly above zero.

“In connection with the invasion of Arctic air from 18 to 22 April, is expected cold weather, with night frosts in the air 0-5 degrees on the soil surface 3-8 degrees, daytime temperatures 3-9 degrees Celsius”, – stated in the message of the SSES.