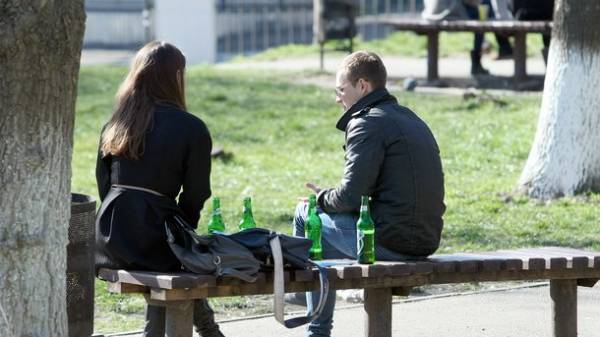 The Cabinet proposed Parliament to improve the Ukrainian code of administrative offences and to remove the arrest for 15 days in a series of articles. Changes may relate to the storage and manufacture of drugs, as well as driving a defective car. “Today” figured out why the government goes to such measures and what the experts think.

WHY REPLACEABLE. In the explanatory note of the bill States that the main purpose of the amendments is to adjust Ukrainian legislation to the norms of the European court of human rights. First, it offers the Cabinet, to exclude the possibility of administrative arrest for 15 days for possession and manufacture of drugs in small volumes (for example, in the case of pot limit is 5 grams). In contrast, the solution proposed to increase the minimum fine for this offence from UAH 425 to 510 UAH. As notes a press-atashe of the freedom March for reform in drug policy Taras Ratushny, adminarest moved into the Ukrainian legal framework of the codes of the times of the Soviet Union and is a legal vestige. “I can’t remember in recent years when appointed administrative arrest according to the 44th article of the administrative code, only the penalty. But in my opinion, this minor changes and the actual practice is unlikely to affect. We can only say that we have brought its legislation to the norms of the ECHR. And in order to have some real influence on the situation of application of the legislation on drugs, you need to increase the threshold of minimum volume, which shares the use of the Administrative code of the Criminal,” he says. The town hall says that if the weight of the detected substances exceeds the norm, at least 0.1 grams, then the case will be considered according to the 309th article of the Criminal code. In this case, the offender faces up to three years in prison. In turn, the lawyer Dmitry Yovdy opposes the cancellation of the administrative arrest: “the Last few years we have embarked on liberalization of responsibility in such matters. But this negative trend is the situation with drug trafficking and so critical, and the responsibility, on the contrary, should be strengthened. Or at least not weaken it. At least I have constructive arguments for this decision do not see.” Is doubtful about a lawyer and to question compliance with the ECHR: “the European practice is Often taken out of context — there is a different system of relations of citizens and law enforcement officers, as well as responsibility for such violations. This system works differently, so no adaptation will not happen” — sums up the Yovdy.

ALCOHOL AND RIDING. The Cabinet also wants to increase fines for those who have already been busted for drinking alcohol in public places. If today it is 136 UAH, in the future will rise to 340 UAH. The administrative arrest for 15 days I want to cancel, and the sentence of public works to increase from 30 to 60 hours. Finally, you can leave in the past adminarest for the management of the defective car. “But it’s actually dead norm, and over the years I practice such a solution is not encountered. This is a good initiative, because the drive on the faulty machine is not the type of violation, when a person presents such a risk to be isolated from society for 15 days,” says car lawyer Vadim Volodarsky. According to the analyst Ruslan Bortnik, the initiatives of the Cabinet has all chances to pass Parliament. “However, the issue of drugs will need to understand how many of the detainees adminstation use “for himself”, and how many sellers. It’s one thing when you catch a student with a “jamb”, and the other when the distributor of the drug, even in small doses” — sums up the expert.

But to legalize soft drugs, particularly marijuana, people ask quite often. So, in 2017 on the website petition appeared the AP four documents with similar requirements. In the past year have been several dozen similar complaints, however, none of them has not gained the coveted 25 thousand votes. For the active to date documents ceiling was 230 votes. The author of this petition notes that the decision on the legalization of marijuana will bring Ukraine in favor of the medical plan, economic and tourist. He cites the example of USA, where the budget from the sale of soft drugs are billions of dollars.