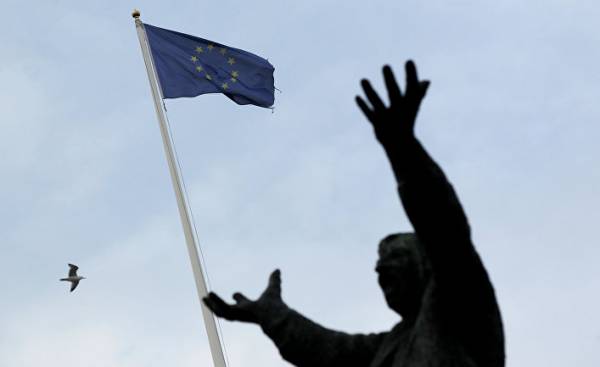 The Kremlin is terrified Europe has finally found a foothold and began to recover from the stupor in which resided the past three years. Due to the rigid position of the Europeans trump returns your confidence, and with it the gift of speech.

Now and Markon promises to put Putin on the spot, and Merkel and Erdogan increasingly aggressive behavior towards the Syrian adventure of Moscow. Soon some of Liechtenstein start kicking the Kremlin, expressing their dissatisfaction with the behavior of the Russian leaders.

The Europeans are slowly beginning to understand that Putin’s victory can only be the same “Putin” — with the same approaches, methods, and principles, but much more powerful and your.

Those who yesterday were ready to crucify trump, now happy that finally I found someone who will do their dirty work. They dirty my hands can not — liberal principles do not allow. But, at least, to support the bombing of Syria or the DPRK by the Americans, even without the sanction of the UN security Council they are ready.

Trump appeared at the time: for three years, Europe was in the knee-elbow position, in which it put the Kremlin, and at the same time trying to preserve appearance, full of dignity and chastity. However, dignity and chastity of every day left in the past, and the future seen grim and inglorious. Divided and weak Europe resembled a flock of sheep without a shepherd, who plaintively bleat at the sight of the wolf, and slowly scattered in different directions.

But there came a shepherd, and everyone breathed a sigh of relief. Deal with the wolves is his work, and we will “podsleuth” to measure the forces.

Sighing with relief, Europe has still not forgotten the terrible humiliation of the last years the Kremlin. The sticky fear and experienced the feeling of loneliness without a strong America behind — did Europeans vindictive. More than anything they don’t want a repeat of what happened, and try to make up for moved the fear and humiliation in full.

In General, Europeans are unable to remove the diapers and exhale: to beat trump Putin will not work. Trump — the same sly, unpredictable and unscrupulous tactics, like its Russian counterpart, but with incomparably greater resources. Therefore, the chances of the Kremlin.

So far we have seen the prelude to the act of stooping to the Kremlin, American President engaged in “military-political” communication. The bombing of Syria and Afghanistan, the play of muscles off the coast of Korea — all signals to friends and enemies that the world has a new leader, boss, who will now build it the way he thinks is right and fair. Who is with him — will be treated kindly, who can be against destroyed.

With each signal circle allies and circle of friends of the Kremlin — less. After all, to be on the side proigrysha obviously Russia does not want one. Thus there is a first stage — the maximum diplomatic and political isolation of Russia.

Even China is slowly beginning to cave in to Washington. “Why would I want to call China a currency manipulator if they work with us on the issue of North Korea?” — directly and cynically declares trump, who recently, during the election campaign accused China of manipulating the yuan exchange rate and unfair competition.

And this “real politics” resonates not only the Chinese, but even refined intellectuals from Brussels.

Everyone in the world realized: a time of merrymaking and verbiage has ended, time for action. Someone can get even for the wrongs inflicted, some make good money, some make a breakthrough. And depending on whose side you’re on — will depend on your whole future fate for decades to come. 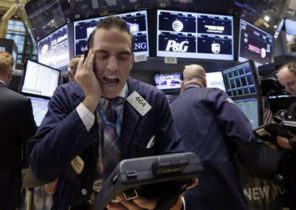