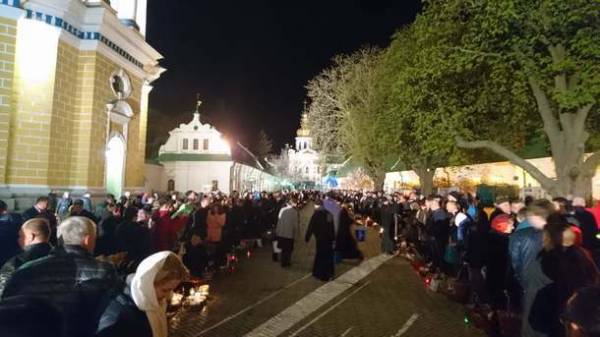 Easter night in Ukraine was calm, breaches of public security and order is not allowed.

About it reports on Sunday morning, the press service of the Ministry.

In all regions of the state in the night from 15 to 16 April Easter service at more than 15.6 thousand places of worship. Participation in these events brought more than 7.8 million people.

Public safety and order during the Easter worship services was provided by 22.7 thousand 730 police officers and National guard troops.

“Thanks to law enforcement, and the understanding by citizens of violations of public security and order is not allowed”, – said the police.