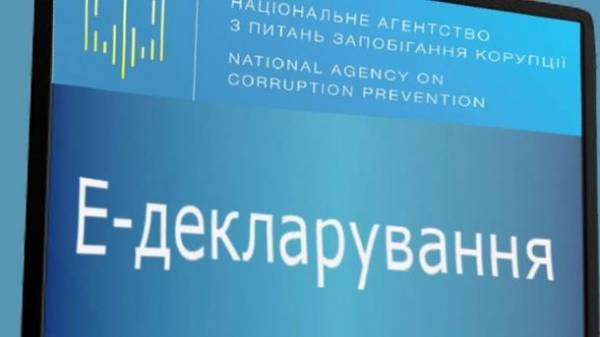 National Agency on corruption prevention (NACP) explained the withdrawal of public registry, e-declarations of the prosecutors. About it reports a press-service of the NACP.

“The Declaration of some officials of the military Prosecutor’s office was removed from the Register declarations on the basis of the corresponding decision on application of special security measures”, – reported in the NACP.

In particular, the Declaration of the military Prosecutor’s office was withdrawn on the basis of the relevant decision on application of special measures to ensure the safety of these workers and their close relatives in accordance with articles 10, 13, 14 of the law of Ukraine “On state protection of court employees and law enforcement.

“Such measures are exceptional and temporary in nature. However, these declarations are stored on the resources of the registry and available for inspection”, – stated in the message.

We will remind, earlier it was reported that after resume operation of the registry of the National Agency for prevention of corruption (NACP), from the register disappeared more than 200 declarations of employees of the Prosecutor General of Ukraine (GPU) and the military Prosecutor.