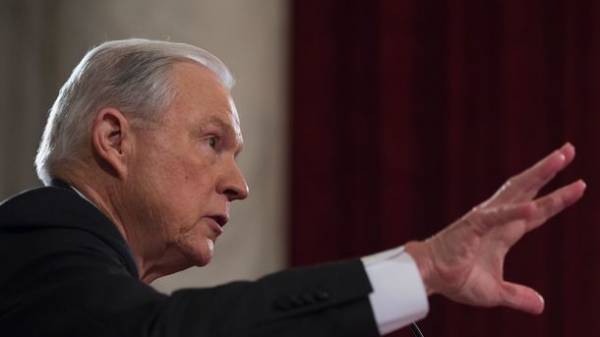 The head of the justice Department Jeff sessions said that he withdraws from the investigation of the cases related to the election campaign of US President Donald trump.

“I recused myself in cases that are related to the election campaign of trump,” he said at a press conference on Thursday.