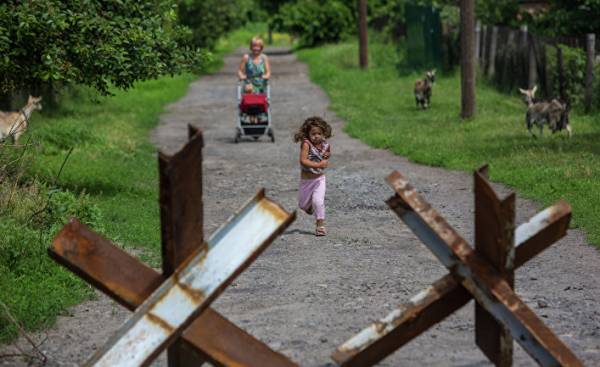 In the Donbas in recent months, almost always escalates the situation in the different sectors of the front. With the approaching of major military exercises of Russian troops “the West-2017” in the community actively talking about the likelihood of further Kremlin aggression. Director, information and consulting company Defense Express, a military expert Sergey Zgurets in interview “” has told about possible large-scale invasion of Russian troops in Ukraine, and also about readiness of Ukraine to resist the aggression of the enemy.

– The Ukrainian leadership, including President Petro Poroshenko, constantly claim to increase the power of our army. How do you assess the current situation?

— Since the beginning of the Russian aggression the Ukrainian army has actually doubled and the number of personnel reached more than 240 thousand of Course, this resulted in increased costs for the maintenance personnel. And given the loss of equipment in the first years of the war, of course, there is a need, and re-stocks equipment and weapons in order to equip the new brigades and divisions that were formed in the framework of increasing the number.

In the army of Ukraine has succeeded and what are our weaknesses?

— We can safely say that during the period of the war, including the last year, the army received combat experience. The control system relies on officers who do have a practice of warfare. With regard to the equipment of the army, on the one hand, the army is equipped with equipment, but when we talk about old samples of upgraded and new, that still remained the focus is on Soviet equipment and partly on upgraded equipment, because the new equipment supplied to the troops in a small amount, because of the limited financial resources of the country to the rearmament of the army.

Russia constantly throws at Donbass new weapons, creating there is actually a training ground for his army. Whether there is now the threat of a new escalation, in particular the seizure of the territory, taking into account the transfer of equipment of the Russian Federation, increasing the number of staff of the militias?

— The current situation related to the conduct of hostilities in the zone of contact with the enemy, including Russian troops, already familiar, because the number of personnel, which is now accumulated in the area of Donetsk and Lugansk regions from terrorists, separatists, Russian troops, by and large, does not allow for any military action that would fundamentally threaten the interests of the Ukrainian taking into account the number of members of the Armed forces of Ukraine, which are placed on the opposite side of the contact zone.

– Ukrainian forces sufficient to deter breach? Is it possible to capture the major cities of Mariupol, for example?

— The number of personnel of the Ukrainian army, pulled in this area, allows to contain the enemy, and any ground operation on the part of Russia will be associated with a large number of victims, what in principle makes a bet Ukrainian General staff.

– Is it possible in this case, the offensive of the ATO forces?

— For the offensive of the ATO forces is due to the projected heavy losses among Ukrainian armed forces units that, in principle, also inhibits the Ukrainian side of any active actions in this direction. Therefore, the current situation is quite familiar and understandable, but there is another caveat: Russia is now preparing to exercise Zapad-2017, these exercises are associated with pumping equipment and weapons of the contact zone with Ukraine, and with Belarus. In fact, such risks of the Ukrainian side can not be ignored, therefore, predicts all possible scenarios, even the most negative on this bet General staff, including supporting the largest number of Ukrainian group in the area of contact with the enemy.

– If to speak about the possibility of a large-scale invasion of Russia, how many Russian military must be pulled to the borders of Ukraine and in ORDA to talk about the high threat of attack?

— Invasion scenarios that were worked out in 2014, little has changed from the point of view of present realities. Nevertheless, the direction that stretches from Crimea to Mariupol, Chernigov direction from the Belarusian side and the primary point of contact, which concerns the “DNR” and “LNR”, — all these directions, of course, can be threatening for the actions of the enemy.

If we are talking about a ground operation, there are different proportions of the ratio of advancing and defending forces, which can be 1:3, but it really is 1:8. If in the area about 80 thousand personnel of the Ukrainian army, then to exceed at least five times 300-400 thousand personnel Russia needs to collect.

– How realistic is the accumulation in the current situation?

— In fact, it is impossible, judging by the fact that Russian troops are stretched across the territory of the Russian Federation. But the Ukrainian direction is extremely important. Nevertheless, the number of combat-ready units of the Russian Federation does not allow for the overage, we’re talking about. But in the middle of this year in terms of the “West-2017” under the auspices of the exercises can be the most incredible situation. Absolutely necessary to closely monitor any movements that involve not only fighting, but also of the various manifestations of terrorist acts, any activities on the territory of Ukraine, which can also be provoked by the enemy to destabilize the situation and then transfer all this to the military track.

– Crimean direction. Putin pulled in the occupied Peninsula a large Arsenal of weapons, according to rumors, up to and including nuclear weapons. What purpose he pursues?

— There are two aspects. Really Crimea turned into an unsinkable aircraft carrier, and in fact, the main load on the Peninsula — the military. The increase in the number of personnel of the black sea fleet, the relocation of new machinery, including the s-400 missile complexes “Bastion” and others, which significantly increased the combat potential of this administrative unit, which is now controlled by the Russian Federation. Given the fact that there are bombers Tu-22M3 that use cruise missiles, this capability is actually capable to cover a sufficiently large range, starting from the capture of half of Britain and with the same radius of the bottom hemisphere of the Earth. Thus, they received the possibility of attacks on areas that were previously not achievable.

– How much the Crimea is associated with the transfer of military equipment for operations in Syria?

When we speak about Russia, then, shall we say, those ships that were based in Crimea, was used to transport personnel to the area of Syria, despite the fact that the potential of Russia for the transfer of troops is extremely limited. It just was that they (the Russian Federation — “the Apostrophe”) wanted to buy a French amphibious assault ships of the “Mistral”, including for those purposes.

Of course, the potential of Crimea is threatening Europe, the NATO countries, Ukraine and other countries, which are located below the waters. Therefore, attention to this region from other States will be extremely large. And any action of Russia will find some response from the NATO countries from the point of view of creation, for example, the system of protection against such threats. Because, for example, the same NATO base in Turkey, Romania also require additional protection of the primarily United States to minimize the risks of destruction of this base of the Russian forces.

– Speaking of rocket fire over Ukraine’s Crimea on December 1-2 2016, could then Russia really start to shoot to kill emplacements APU? Because the degree was very high…

— This degree was high. In principle, it reflects the current degree of relations with Russia. Russia is the aggressor, who uses any reason to put pressure on Ukraine from military to political. The exercise was interesting for two nuances: on the one hand, the Ukrainian side carried out the shooting, which ensured the extension of the resources of the s-300, is the basic defense systems, which provides cover to our directions from air attack. The area of the exercises held, for example, for the area, which Russia considers as a zone of contact, given the fact that Crimea was annexed by Russia. In the end, the firing had passed still on the Ukrainian scenario. Shooting was conducted, but really were the threat that Russia would shoot down a Ukrainian missile.

But this story has a second part — actually the General staff of the armed forces at that time was made very interesting and important decision. One battalion of s-300 conducted the missile launch that resources are allocated, and the second division stood in the distance, and his goal was already to shoot down Russian missiles that will attack Ukrainian rocket. In fact, the staff overreacted and made a correct military decision. It turns out that in the event of a retaliatory response from Russia, the Ukrainian military were to shoot down Russian missiles. This side of the coin, in principle, was known originally, when everyone was talking about the fact that aggravation is impossible, the Ukrainian military was ready for the worst scenario.

– What can you say about the readiness of our defenses to fight against Russian aircraft? Could it be a question about air invasion of the Donbass, for example, from the Crimea? What is our preparedness for such attacks?

— Active use of bomber aircraft in Syria very closely monitored by the Ukrainian side. For example, the scientific Directorate of the General staff, which is responsible for the analysis of the current situation, very closely monitor the situation in Syria, was launched with a series of recommendations that were taken into account in the exercise last year, when Ukrainian troops were trained to provide defense in conditions when the enemy uses mass attack means of air attack. All these risks are taken into account and from the point of view of training the army, and, of course, directly in the software, the ability to conduct operations in air defense.

A long time air defense of Ukraine was considered to be the most dense in Europe, in terms of the number per unit area. Today we can say in fact that the basis of defense make up the s-300 and Buk. I think that the number exceeds fifty divisions, and with the right placement of existing facilities the damage that will be inflicted on the enemy, will be significant. I find it difficult to talk about the number of certain aircraft shot down, but to go for an air attack on Ukraine, we need to understand the risks, by the same Putin. The downed aircraft will be, and their number will be very significant. Based on this, in my estimation, the use of aircraft is unlikely, because the bets are placed on creeping hybrid aggression that fewer resources ensures the achievement of the result, which is primarily aimed not at the destruction of the people, and the change of power in Ukraine. This is the problem, which is solved primarily diplomatic, political and economic methods. And the military option is a “listed club” that still hangs over Kiev. On the other hand, fear that “clubs” is not so great because three years of war have shown the ability to resist alleged Russian regular troops.