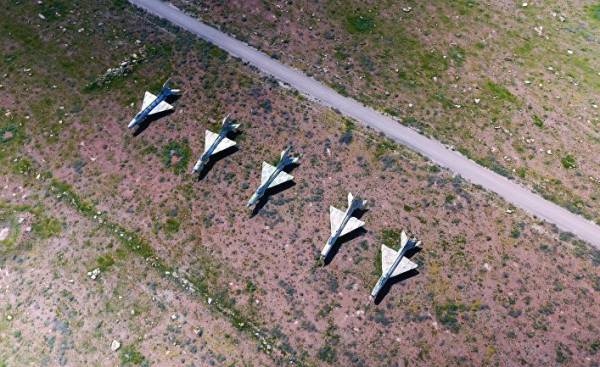 The main topic of discussion in the media — US air strikes on a military base in Syria, which was inflicted by the direct order of Donald trump. For the first time in the last six years of the Syrian crisis Washington took the unprecedented for military action and struck at the air base, where not long ago there was a squadron of Russian helicopters.

Now, when Moscow and Washington exchanged a flurry of accusatory statements, some “small” players side play, and the other part, holding my breath, waiting for further developments, it is necessary to clarify for myself some questions. For example, as missile attack will change relations between Russia and the United States, whether this means military the return of Washington or the end of the policy of “new isolation” of the United States? It is the answers to these questions will allow to understand whether a new wave of possible deterioration of Russian-American relations, to go beyond the Syrian war and spread to other areas of influence, for example, to the South Caucasus.

In any case, characteristically, Donald trump, who had previously been a supporter of ignoring all of the events in Syria, crossed the border, which did not pass its predecessor Barack Obama, contentment only supporting the Syrian opposition. Chief editor of the magazine “Russia in global politics”, well-known Russian expert on international Affairs Fyodor Lukyanov believes that by doing this, trump returned to the USA in the field of military action.

“During the reign of Obama the Washington withdrew completely from the region. For the first time presidency, trump continued uncertainty, the United States generally were not present in the middle East. In all the processes was only Russia, Iran and Turkey”, — said the expert, adding that the use of chemical weapons or chemical poisoning gases in Idlib matter to the United States thus drew the red lines of its interests in Syria, making it clear that it is not going to give up their positions, especially Russian. “Trump is, in fact, he says he is ready to act, but that he is willing to do and how, it is not yet clear, as the foreign policy priorities of his administration is not yet determined,” — said Lukyanov.

Characteristically, a missile strike by the U.S. on Syria is completely contrary to all pre-election statements of the President of trump on this subject. Four years ago, when trump was just a businessman and a TV presenter, he stated that the United States should refrain from military strikes. “Obama needs to pay attention to their country, to create jobs, health care and many other issues. Forget about Syria, return the former power of the USA,” he said. It is in the spirit of this statement, he spent all his pre-election campaign, uncritically, even the Republicans supported him for expansionist policy.

Just a week ago, U.S. Secretary of state Rex Tillerson as if within that logic said that the US is no longer a priority the removal of Bashar al-Assad from power, and his status will be for the Syrians to decide. After all this, after reports about the use of chemical weapons in Syria, we are witnessing that trump gives the order to pinpoint strikes on a military air base in Syria.

Russian scientist, the founder of the analytical website “Foreign policy” and program Director of the discussion club “Valdai” by Andrey sushentsov believes that the sharp step of the tramp due to several factors. “First, pressure from the elites within the United States that the administration went to more proactive action. Second, the armed Syrian opposition is a supporter of these actions and does everything for this. It was also made by Jordan and many Arab countries of the Persian Gulf. Therefore, in this sense, the incident of gas poisoning and replicate this in the international press served as a good pretext for the armed Syrian opposition, but it was bad news for the Assad government. Just a few days ago, the administration, trump said that the removal of Assad is not a priority,” he said.

At the same time, experts do not hurry to put a cross on Russian-American relations, just noting that this once again shows that we should not given to illusions and that the United States and Russia is far from close cooperation. On the background of earlier optimistic statements that showed that it is too early to even talk about a coalition of anti-terrorist cooperation. Russia and the US go back to the normal rhythm of competition. “However, I would not hurry to put an end to possible interaction. In my opinion it can push the parties towards a more concrete scheme of cooperation. Just now the risks are clear and mechanisms are needed to reduce them,” — said Lukyanov.

Spread or not beyond Syria, the wave of a new aggravation of Russian-American relations and will reach the southern Caucasus, it is difficult to say. However, it is difficult to doubt that in case of deepening of these disagreements many in the region will change. Already changing. Iran clearly condemned the actions of the USA, but Turkey did otherwise. We can say that in the axis of cooperation Russia-Iran-Turkey on the issue of Syria appeared serious cracks.

“Ankara immediately gave the “overly positive” American beats. To voice such an assessment in Ankara lined up. Erdogan said that these actions are positive, however, were not satisfied with this, again adding to the agenda the question of the “security zone”. Erdogan also expressed readiness to assist Armenia in the issue of further action and the actual division of Syria,” – said the Turkologist Levon Hovsepyan. And these statements were made after recently, U.S. Secretary of state Tillerson visited Ankara.

Russian commentator Konstantin Agent notes that three Iran-Russia-Turkey, which determined the weather in the middle East, was under threat. “Tillerson visited Ankara and “processed” by Erdogan in the sense that you need to remember on whose side do Turkey. And it’s pretty sad news for Russia,” he said.