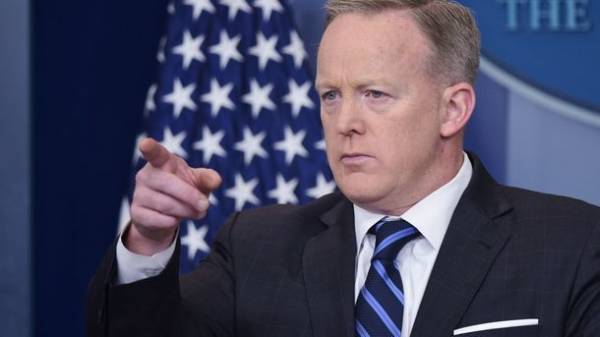 The regime of Syrian leader Bashar al-Assad had committed serious crimes against the civilian population, so Russia should stop its support and get on the right side of history. This was stated on Tuesday during a press briefing in Washington a press-the Secretary of the White house Sean Spicer, reports UKRINFORM.

“If you’re Russian, and ask yourself whether (Syria – ed.) country, and the mode that you want to support? You have previously signed international agreements, where it is reasonably considered that the use of chemical weapons should be banned for every country?” – said Spicer.

He stressed that Moscow “put your name”, and she admits that “on the wrong side of history.”

We will remind, the representative of administration also has noticed that Russia was in the team along with the regimes of Iran, Syria and North Korea, stressing that those countries “are not a good company”.