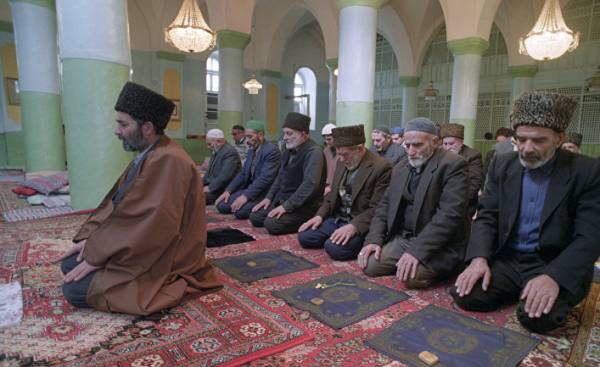 It would seem that not so long ago on videos continuously sounded the voice of one of the leaders of the terrorist organization ISIL (banned in Russia — approx. ed.), promising Russia that very soon the earth will shed rivers of blood. And today the intelligence agencies, analysts and the media in the rush to examine possible scenarios of development of events in connection with the explosion that occurred Monday afternoon at the metro station in St. Petersburg. However, they are based on the hypothesis that the tragic event is the inevitable result of Russian military intervention in Syria in accordance with the principle of “evil will turn against those who devised evil.” To some extent exaggerating, they were convinced that the Russians will inevitably face a living hell at home, as like the leader of ISIS on the above video, and what ultimately happened. All this against the backdrop of propaganda in the Western media, is aimed against Russia and continuing as long as seventeen years ago in the Kremlin Palace Vladimir Putin took the reins of the country.

If in the past, information campaigns have been affected by various political, military, economic and social aspects in order to make to doubt in the power of Russia and efficiency of the Russian leadership inside the country and abroad, now they focus on what can be called “Islamic threat” to Russian society.

This is malice, intended to distort, to make the ugly picture of the relationship between different strata of society, speaking on extremism and terrorism as major threats to its security and stability. Ultimately, it should help undermine the unity and cohesion of society, especially if we take into account the fact that Russia is currently home to twenty-eight million Muslims (about twenty percent of the total population), making up the most numerous religious minority. For them, the country has more than six thousand mosques and religious centers, performing all types of activities permitted by the law “On freedom of faith”, published in the early 1990s, among them the Moscow Cathedral mosque, which is on 23 September 2015 in the presence of Turkish counterpart, Recep Tayyip Erdogan and Palestinian leader Mahmoud Abbas was opened by President Vladimir Putin. It happened a week before the decision was made to start a war with terrorism in Syria. Perhaps this is a coincidence, but it is in this mosque a week before the explosion at the metro station in St. Petersburg was held a competition of reciters of the Holy Quran.

Chechnya is the exception

There is no doubt that no one intended to promote the idea that on Russian territory there are no terrorist cells, whether dormant or active. That’s the whole point — it is necessary to show that there is no Islamic terrorist threat, which could undermine the cohesion of the Russian society, especially if we take into account the fact that over the last years, the situation of the majority of Russian Muslims was better than one might expect in times of separatist movements and after them.

The current situation in Chechnya is exceptional for Russian history. In this context, the emergence of the Sufi Sheikh Mansur Ushurma, declared “Jihad” against the Empress Catherine II in 1785. In 1787 this appeal has led to the fact that his troops were on the side of the Turks in the Russo-Turkish war, and in the midst of the Second world war (1939-1945), the Chechens sided with the German armed forces fighting against the Soviet troops who defended the Fatherland. Finally, in 1991, after the announcement of the collapse of the Soviet Union, the Chechens, led by General Dzhokhar Dudayev, again began to call for secession of Chechnya from Russia.

All of these historical events, despite the fact that they can be called “the great betrayal”, in the end, did not create obstacles for the process of integration of Russian Muslims into society. This can be judged by the degree of their participation in the political, social, cultural, economic and other spheres of activity, and the number of their representatives in various public institutions: ministries, Parliament and municipal authorities.

The price of war

Based on the above, we can clearly conclude that the main goal in promoting the idea of Islamic threat in Russia today is only to lead society into a state of confusion that will automatically entail a distorted perception of the progress which the Russian troops have made in the fight against terrorism in Syria over the past eighteen months. Just a day before the explosion at the metro station in Saint Petersburg (when it was Putin) is one of such achievements was the destruction of warehouses with anti-tank TOW missiles during a powerful air strikes near the Turkish border in the Northern province of Idlib. Strange, amazing coincidence!

Yes, it’s a pretty strange coincidence, and those who are concerned about this, should ask the question: “Who sent terrorists in Syria, these missiles to fear their destruction?

The answer to this question may cause other issues, especially those from the Atlantic ocean to the Persian Gulf seek to destabilize the situation in Russia, ranging from the separatist movement of Dzhokhar Dudayev in the early 90-ies of the last century, the Chechen leader, Shamil Basayev, and a Saudi Samira Saleh as-Suwailem (Ibn Khattab) and ending with the time when the fundamentalism and terrorism were defeated at the beginning of the XXI century with the coming to power of Putin and the second Chechen war. In other words, after Russian security forces were able to eliminate not only the aforementioned figures, but Arbi Barayev, Abu al-Walid al-ghamidi, Aslan Maskhadov and Doku Umarov that has become a real victory over terrorism.

If today this victory cost the Russians a lot of blood shed in terrorist attacks after the emergence of ISIS, the only consolation for them is that they are able to maintain composure during tragedies like the explosion in the subway in St. Petersburg. As for ISIS, those who will come after him, and those who are behind ISIS from the Atlantic ocean to the Persian Gulf, they are for Russia only “a storm in a teacup”, and Islam in Russia may soon be considered as a model for other countries.