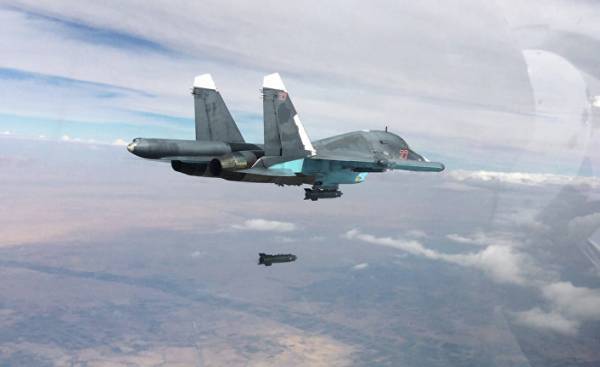 The representative of the Higher Committee on negotiations of the Syrian opposition (BCP) Farah al-Atasi accused the President of the United States Donald trump ignorance on the Syrian issue. In the same vein, said the adviser of the CPSU Yahya al-Aridi already relatively UN special envoy on Syria, Stephan de Mistura, who believes it necessary to adopt the U.S. position, according to which priority in Syria is fighting ISIS (banned in Russia — approx. ed.) and not the fate of Syrian President Bashar al-Assad.

The US and European States no longer require the departure of Assad, that their priority is to combat terrorism, caused controversy and outrage in the circles of the Syrian opposition because it means loss of benefits in the negotiations. However, these statements come as no surprise to Damascus, which was sure in a similar shift in American policy not only in connection with the coming to power in the US trump the need for a transformation of us policy was due to many factors. The Minister of national reconciliation Ali Haidar Syria believes that the U.S. administration is obliged to make such changes in its policy toward Syria, despite the fact that they are primarily associated with the Russian-American relations.

Recently, the U.S. and Russia have reached some agreement on the situation in the North of Syria and relations with Iran.

Signs similar arrangements could be considered on the example of how Russia will allow the United States to expand its influence in raqqa with the help of the Kurdish territories, which Washington supports. The possibility of such developments is confirmed by the statements of some Kurdish leaders. As co-Chairman of party “Democratic Union” Salih Muslim, it is expected that after the city of raqqa in Northern Syria will be captured from ISIL, he will come under the control of democratic forces and not the Central government. At the same time, President Vladimir Putin confirmed the coordination of actions between Russia and the United States in the depths of Syria. Moscow is closely watching what will happen as a result of the growing American military involvement in the battles for Raqqa.

Perhaps serious changes in Russian-American relations cannot be regarded as a pledge of optimism about the deepening of bilateral cooperation, because Russia and the United States should come to a comprehensive agreement on all outstanding issues. But in the short term wouldn’t be enough.

As for Iran, it never ceases to sound ideas about the development of Russian-American relations due to the collapse of relations between Russia and Iran. It is necessary to consider the following points:

1. Donald trump has not broken the nuclear agreement with Iran, despite the fact that he had repeatedly urged such a step in the course of his election campaign. Nevertheless, he never ceased to accuse the Iranian leadership, and in everything connected with the Islamic Republic of Iran, the administration of the tramp follows the approach of the “hawks”. Was the stated goal to stop the expansion of Iran, weaken its influence in Iraq, Syria, Lebanon, Yemen and Bahrain. We can say that in many respects the policy of trump is under pressure from the Gulf States headed by Saudi Arabia, which hopes to follow this course in the future. However, whether the ousting of Iran will be the subject of the Russian-American agreements?

Of course, the increasing presence of Iran in the region is not in the interests of the United States. It is unlikely that Russian-American relations take the form of a strategic Alliance, but they are characterized by an advanced level of coordination of mutual interests.

2. USA made a bid to thwart the growing cooperation between Moscow and Tehran. As Putin said at the Russian-Iranian summit, “Iran is a good neighbor and a reliable partner”.

It is necessary to note some important milestones in the history of relations between the two countries:

• After the disappearance of the ideological barrier between the two countries in connection with the fall of the Communist regime in 1991, a year later with the signing of the agreement on cooperation in the peaceful uses of atomic energy Russian-the Iranian cooperation in nuclear energy.

• According to the Iranian representative of the parliamentary group of friendship between Russia and Iran Ramazan Ali Sobhani, in January significantly increased the volume of trade between the two countries compared to previous decades — by 80%.

• Cooperation in the field of nuclear energy is a key in relations between Tehran and Moscow, especially after the US refused to contribute to the development of the Iranian nuclear program to the Islamic revolution and the fall of the Shah. Several contracts were signed (two stations in Bushehr) in addition to contracts in the field of civil aviation and railway.

• The parties shall cooperate in the field of armaments and, despite the expansion of its military Arsenal at the expense of cooperation with such countries as China, the air defense system to Iran — Russian production, as well as anti-aircraft missile systems, including system “s-300”.

However, these successes in the framework of the Russian-Iranian cooperation are threatened, in connection with the U.S. statements about the fate of President Bashar al-Assad, and in connection with U.S. attempts to oust Iran from the region. Battle for Raqqa, in which each player wants to play a role, not so important from the point of view of combating terrorism, but in the context of political aspirations of the parties, since the winner will be able to influence the course of events in the region.