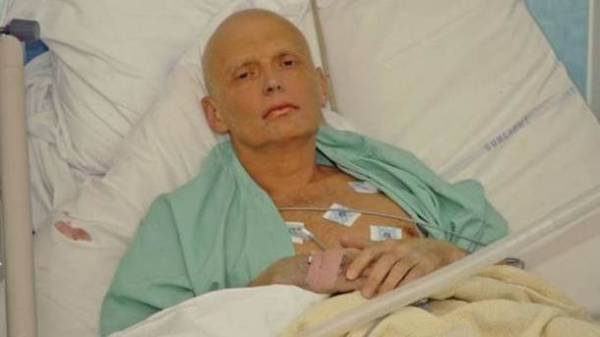 The British intelligence officers who conducted the investigation of the mysterious death of Alexander Litvinenko, said that during his visit in Moscow, they tried to poison. This writes the Daily Mail, recounting a documentary film of Channel 4.

The British argue that the attempt is not as heavy chemicals, like Litvinenko, but health problems felt.

“About the same as the Russian intelligence services poisoned tea Alexander Litvinenko tried to poison us. This happened during a reception in the state office of public Prosecutor of Russia. However, we in the tea slipped polonium, and normal bacteria, the type of gastroenteritis. After that I and my colleagues had problems with the stomach. Russian wanted to outwit the British, like in a chess game, ” said one of the officers, and added that they have not once tried to “eliminate” from the investigation.

British investigators said that they are constantly watched and secretly searched their hotel room. During such searches, even missing an important recording – interview with one of the suspects.

The former employee of FSB Alexander Litvinenko died of poisoning by radioactive polonium-210 in London on 23 November 2006. A lethal dose of polonium he had received on 1 November 2006. Investigators believe that the first attempt to poison Litvinenko, Lugovoi and Kovtun have taken 16 Oct.

According to one version, the motive for the murder of Litvinenko could be the presence of dirt on the representatives of the Russian authorities, he allegedly found evidence of ties between Putin and the Tambov organized crime group.

In January 2016, London’s High court after a public inquiry were declared guilty in the murder of Litvinenko, the former Russian secret service – the Deputy of the state Duma, Andrei Lugovoi and businessman Dmitry Kovtun.