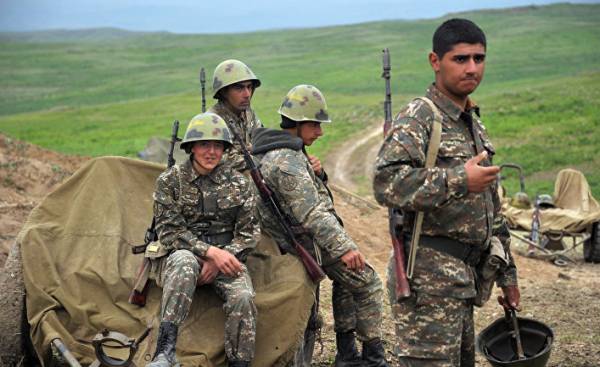 A year ago, the fifth of April, in Moscow the head of the General staff of the armed forces of Armenia and Azerbaijan agreed to cease hostilities, which lasted from the second of April along the Karabakh-Azerbaijan line of contact. These actions went down in history as the four-day April war.

Shooting with low intensity continued until April 28th. In these battles, the Armenian side suffered more than a hundred casualties among the civilian population and the armed forces. Under the control of the enemy moved two influential positions defensive line Artsakh (Karabakh) in the North-Eastern and southern direction in these areas, the Azerbaijani side moved a few hundred meters.

Casting a sober look at these dramatic, full of heroism, events of a one-year-old, it’s safe to say that although it was the most dangerous situation after the ceasefire in 1994, but in the classic sense, this was war. In fact, during these four days the soldiers and officers, and then the volunteers of the Armenian side showed unprecedented heroism, devotion, and dedication, were able to prevent the operation of the enemy aimed to break the frontline of the Armenian side and the introduction of the main forces intended to strike. April fighting for a short time prevented the impending large-scale war, destroyed the plans of Baku for making a breakthrough in the negotiation process and gain leverage to impose his solution to the conflict. From this point of view, despite the human and territorial losses, “four-day war” for the Armenian side, by and large, was a victory.

The only noticeable perk of Azerbaijan was psychological: promotion a few hundred meters raised the morale of society has fallen since the days of the Karabakh war, and to some extent has become a way to justify illogical big losses of the Azerbaijani side. For the Armenian side of the four-day war decided a few tactical issues.

1. The enemy broke the stereotype of unfit for action, psychological decline of the Armenian army, and formed a deep confidence that Azerbaijan due to its high level weapons can be a blow to the knees of the Armenian side. The Azerbaijani authorities and society to realize what will be the beginning of a new war.

2. The failed attack allowed to detect and neutralize weaknesses on the front line and throughout the defense system, to understand the tactical features of enemy.

3. Azerbaijan lost the so-called “surprise effect”. This method does not work anymore. In addition, Azerbaijan fully convinced on the 25th of February this year, during the failed attempts of subversive penetration in two directions, which cost him the greatest of human losses.

4. These events have encouraged the Armenian side to finally take steps to create the military technology industry and to bring to life the concept of the “nation army”, is based on the philosophy of domestic resource mobilization. According to the multiplier effect, it may spread to the development of all vital spheres.

5. They taught the public features of a hybrid war, to be more vigilant and learn not to fall into the trap of manipulation information of the enemy, to take into account the nuances of working with front-line news. In the open information policy of the Armenian army this is a significant achievement, not only in terms of information security, but also in terms of information “attack”. After this war because of the policy of Azerbaijan aimed at dissociating his army from the public, the Armenian media and official sources subconsciously become more reliable for the Azerbaijani society than the information product of their own state, the defense Department. And this provides additional opportunities to influence the public mood in Azerbaijan.

6. Azerbaijan, by and large, has lost the ability to use blackmailing trump of war in the Karabakh settlement process. Despite current attempts, that doesn’t work anymore neither the Armenian side nor intermediaries. Azerbaijan proved that the settlement of the Karabakh conflict by military means for it is as complex as a negotiation. The cause of the April failure of Baku, in the application of military blackmail, lost an ally like Russia. A new attack, this time can lead to full-scale war, Moscow could not allow that wish.

7. This “war”, especially his brutal crimes against civilians and captured military personnel of the Armenian, Azerbaijan has achieved that strengthened the conviction of the international community that it is not lawful to return Artsakh to the subordination of Azerbaijan.

8. Strengthened negotiating positions of the Armenian side. From may 2016, it became evident that in fact the Armenian side refuses to negotiate, pushing the pre — condition is the full restoration of the truce. Azerbaijan is not able to run it, as this will reinforce the current status quo. In the end, the process came to a complete standstill, and it’s considered responsible for Baku, because of the adventures of the April attack. It creates a situation where Azerbaijan can not get “permission” for war and cannot achieve success in negotiations.

Despite all this, “April war”, which would be correct to call the heroic four-day battle, in the long term cannot prevent a major war. The probability of this is just as big as was on the sixth of April last year. But the heroic struggle decided the most important task is demonstrated that living in this country a person can be a bad citizen, to make omissions in becoming a good state, but his entire essence is a patriot and a defender of his country. The heroic struggle in April actually awakened the Armenian society from their lethargy on the laurels of the April war. 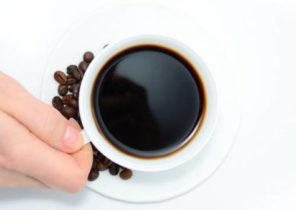 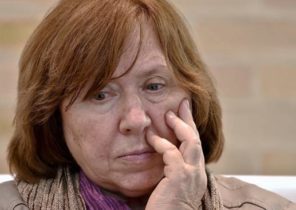 Svetlana Alexievich: to Move the question of Kurapaty can only Yakubovich