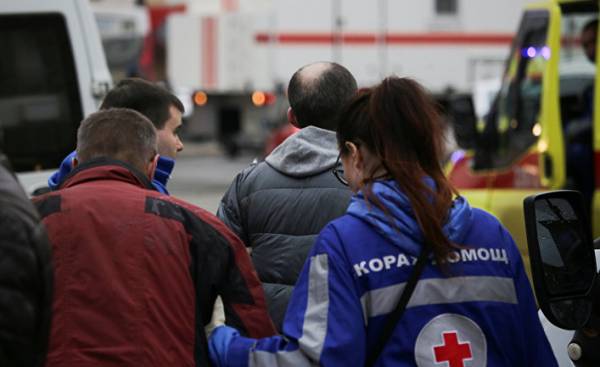 The inhabitants of St. Petersburg were shocked by the attack, but soon decided to show that terrorism will not break, writes journalist of the Russian-speaking Yle news, Liukkonen Katia (Katja Liukkonen) from his hometown of St. Petersburg.

“Don’t go down in the metro station “Sennaya Ploschad ‘” is just that, a bomb exploded,” said I to my mother on the phone, hearing about the explosion that occurred in the St. Petersburg metro. She was at metro, as well as tens of thousands of other residents.

“What’s the matter? Are you sure? Hence, because nothing else will reach. I’m on a different station, probably here all right.”

A similar attitude was observed in many of the city’s residents. The seriousness of the situation was not immediately recognized, and everyone started to look for information on the Internet. Soon everyone started in horror to make a call. Mobile connection was lost. According to rumors, the network has been disabled intentionally, so that terrorists are unable to trigger other bombs.

Soon the street was chaos: it was decided to close all metro lines. In St. Petersburg metro is used daily by 2.5 million people.

The city authorities have hastened to inform that public transport is free all day Monday.

Many taxi drivers and drivers picked up people home after the attack for free. In the cloud service Google Docs has information for drivers and passengers. A big restaurant chain announced that it is ready to provide free food to anyone who tries to get home, and a gas station offered free gasoline.

Residents seized a huge desire to help each other and pride in his hometown.

For all my friends the explosion was a real shock. Why Saint Petersburg, why not Moscow? Residents got used to the idea that the city is safe and this happens “somewhere else” — in Moscow or European capitals.

On the other hand, the sense of security has already been undermined eighteen months ago, during the crash in Egypt. And in the case of explosion on the train, which was heading from Moscow to St. Petersburg that occurred in 2009, most of the victims were residents of the Northern capital.

Although last year at metro stations appeared metal detectors and increased police presence especially they do not pay attention. Many originally belonged to the security measures are skeptical. Part of metal detectors, according to some information, was switched off. In addition, the detectors are not very effective to test a large number of people.

At the station “Sennaya Ploschad” are the two largest square of the city, which operates a large number of migrants from Central Asia. In this case, all suspicions are usually directed at the workers with radical views. The rest of the town is confident that the attack is the Kremlin.

On the morning of 4 April in St. Petersburg was quiet, people were getting to work by metro. Almost everything was the same but now passengers in the subway was less than before.

As in Paris, nice, Berlin and London, in St. Petersburg was a point of honor to show the terrorists that we are not so easy to break. On the contrary: we were all seized with an unprecedented sense of cohesion.