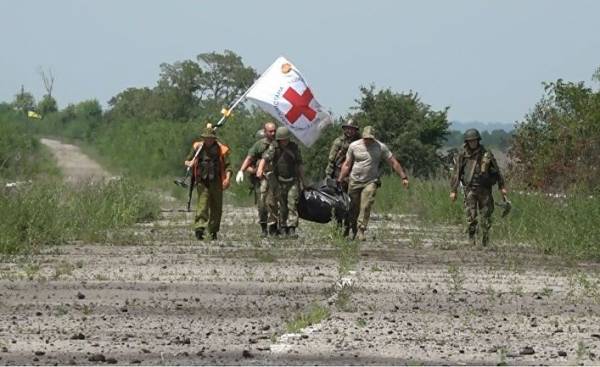 Yes, it is. Residents of Donbass have not seen problems in air pollution burning piles, did not see anything immoral to pour the garbage at a nearby landing, or even in the river. Industrial development of the region, it is also a step forward in improving the quality of life and environment. But not here. There is always, the norm was — “after us the deluge.”

The war has brought to the Donbass zeroing of morality, but before that there occurred something more terrible — zeroing of the nation.

Yes, Donbass, rather the Donetsk coal basin, where the construction of the mines people came from all the republics in the Soviet Union was a multinational. Then the Soviet Union has not been “drilled Russian”, “Russian Kyrgyz” and “Russian Dagestanis”. Then nationality, it was possible to distinguish and even to develop a national picture of the cities.

Now afraid to listen, as neighbors of the Jews say they hate Jews because they are enemies of Russia and the neighbors Moldovans deny its attitude to Moldova, claiming that they are “native Russian”. A neighbor, a native of Ivano-Frankivsk, sheds tears, telling how when her, born in 1952, Stepan Bandera shot people for Russian language, so she fled to the Donbas, to at least to stop talking.

Disregard the Donbas was not just to the earth, and the memory of history.

Of those who shouts “Grandfathers fought — we are proud of the victory”, nobody to call the title of grandfather, the front where my grandfather fought as far grandfather, to which “Berlin”.

I don’t even know what happened and when it is zero of the nation. I was born in 1971, so my conscious period was already in this world, faceless, filled with greed, scarcity, humiliation and stiffness.

And Franco, towels, grandma and grandpa didn’t let me forget who I am. First passport of the USSR, the right of choice of nationality. All write “Russian”. Why? The answer is simple-Russian all the way, a career in the party and Romanians, Moldovans, Kyrgyz, Ukrainians, people of the third grade, which will always specify their location. Is the answer not adults, my classmates. And I write — Ukrainian.

I’m sorry that we made zeroing nationality, very sorry.

I’m sorry that 25 years we in Ukraine have neglected the situation of literature, culture, art, television, journalism, history, science, ecology of Ukraine.

MOV? Story? Literature? All this is secondary if the person is not aware of who he is, not identificeret itself in the national field, does not remember the story kind of country, village, and not only remembers, is ashamed of her. Then he really do not care what language to learn, and who him “brother.”

The state exists as long as there are citizens, and the citizens there, as they state. This is the second law. You can, of course, is artificially to create a state. Build it on fear, wealth, when people will unite law, document, money, or work area. Such States do not live long. Country, Mature, successful, secure, free and happy country built loving her people. And love their land can those who love themselves, their history, family, roots, language, culture. These people live freely, they are United by ethnicity. These people — nation. A strong country can build a strong nation. A strong nation will only when it will respect, to love, to remember. And even the terrible lessons of its history, perhaps even shameful, that still lessons. And such a nation does not live to repeat his postydstvo and lack of development, but in order to avoid repetition and to evolve, keeping all that history. This is the first law.

Then, “Lena, where are you Terry daffodils were growing up? Why would I? So you’re gone, you don’t need anything else, we’re all digging themselves, and the chandelier shot!”…

What is happening now in the Donbas is payback.

In contempt to the earth, to the environment, to water, to the prairies, people, history, memory, nation.

Russia will wipe out Donbass from the face of the earth. Know it already and the adherents of the “Russian spring”. But does that wash?

The zero and the disappearance of the Donbass occurred when the territory of Lugansk and Donetsk region of Ukraine became Soviet and faceless acronym for “Donbass”.

Zeroing of morality led to war, was when the inhabitants of Donetsk and Lugansk regions of Ukraine began to deny the history of Ukraine, their nationality, the famine, the NKVD, the Gulag, the Second world war, the Ukrainian genocide, the crimes of the USSR against the world, and starorusskiy tradition to seek the good of the king, becoming slaves to the situation and erecting a cult of denial of the personal management capabilities of the state people. When they began to look for a good king and all his problems covered with chauvinism and racism. When their freedom and their immorality became present, as the law of life.

Nothing depends on us! We — no! Let us just work and get paid! Will decide everything for us! Let it be as in the Crimea! Putin will come — bring order! Russia is ruled by a strong Manager! To return the USSR! To Bring Back Stalin! Camp! — that’s the pacifist slogans of Donbass of the period of “Russian spring”.

“Give us at least food,” and this is the adjusted slogan of the same population, the same territory 3 years later “freedom of Ukraine” and the Kingdom of the Russian world.

The team Stakhanov wagon works, in the face of the trade Union Committee appeals to the “nationalisation” and “authorities” with a request to give people at least food, in the form of humanitarian aid in the amount of 1545 “tormozov”.

In 2014, owner, designed, according to the constituent documents, to manage the company effectively withdrew. In 2015, by decision of the Council of Ministers LNR to safeguard the assets of PJSC “SVZ”, the preservation of jobs at the plant and maintain the economic and legal relations with contractors, the plant was introduced a temporary administration.

For the past two years, the leadership of the trade Union Committee of the plant and personnel trying to save the company and keep it in good working condition. Due to the current difficult political and economic situation in the city, and in General in the country, PJSC “SVZ” currently runs on 10% of its capacity. To work the average goes up to 350 people, the other employees practically remained without means of existence.

The company’s management is making every effort to bring the company out of crisis, sought all possible avenues to the resumption of economic partnerships with potential customers in the LC and the DNI, and in the Russian Federation and the CIS countries.

In connection with the foregoing, a temporary administration for management of Public joint stock company “Stakhanov wagon works” and the Primary trade Union organization of the enterprise I ask You to consider providing food packages in the amount of 1545 (one thousand five hundred forty five) shares for employees of the plant”.

At the rallies the workers shouted: “why do we impose this MOV? There was no famine! The Russians could not kill the Ukrainians! We are brothers! The famine came up with America to vilify Russia! Yushchenko is a creature of the United States, makes us believe in what was not”.

Sometimes I think that the situation in the Donbas has some form of completion. No, I’m not about the war. But what led to this war. I about ephemeral: the nullification of morality, the nation and people. 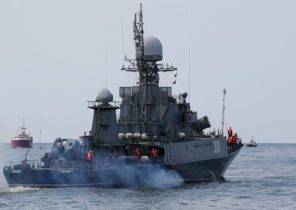