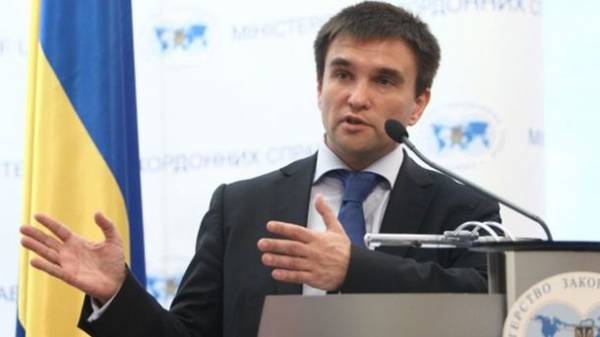 The Minister of foreign Affairs of Ukraine Pavlo Klimkin urged to bring to justice the organizers of a chemical attack in Syria, he wrote in the microblog in Twitter.

“Shocked by reports of the attack with chemical weapons in Syria and the mass murder of innocent civilians. Those responsible should be brought to justice,” – said Klimkin.

As reported, the Syrian monitoring center for human rights stated that as a result of possible chemical attack by Syrian government forces of President Bashar al-Assad or Russian fighters in Idlib province killed at least 58 people, including 11 children.

Mohammed Rasul, who is the main responsible for the provision of ambulance services in Idlib, reported the death of 67 people and wounded 300. According to Pro-opposition TV channel Orient News, the number of victims is 100 people.

However, the Syrian army command denies involvement in the implementation of a chemical attack in Idlib.

The situation with the chemical attack in Syria tomorrow, April 5, will consider the UN security Council.

More than 400 nuclear warheads only on the Kola Peninsula