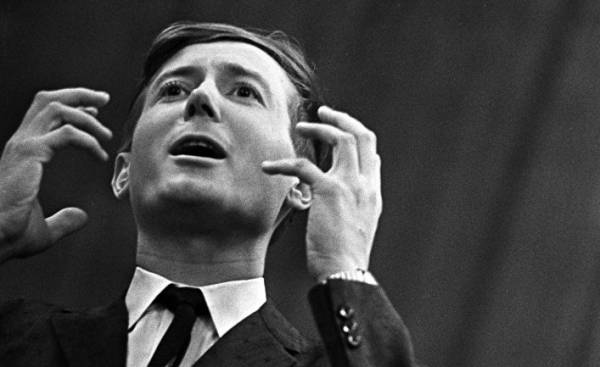 Forty years ago on a fine spring day I saw Yevtushenko. I then moonlighted as a tour guide at the House of Peter I, on the Petrograd side. Visitors were not, I was waiting for a scheduled tour, we sat with the girl-controller together on the bench, I with a book, it is the type with embroidery.

Yevtushenko went with a friend, bought at the box office tickets and noisy as the rolling stones, tumbled down to us. He was a relatively young man in a cap, with a good camera, hanging on the hippie sling Porthos. To shock there was no one with me to joke he did not and took the girl-checker. “Victor, give the lady the paper from the cash register, and then we’ve not allowed! And give aunt candy, like tea.” His buddy (which I, like Yevtushenko, repeatedly seen and then writing the parties to the restructuring) really handed it to the girl (she was at least half my age poet) tickets, and then Barbaresco with the erased wrapper. I looked right at him, waiting for when I have reason to stand up for a lady and punch him in the face, but evtouch reason not given.

I think the girl understood, being bullied, trolls, speaking the language of today. Actually anything terrible, I just didn’t like (my problem), but the girl took the candy and even whispered with a shy affectation: “Thank you.” To give in to a celebrity — not a Vice, a habit. From shyness we either slaves or louts. I went back to my book.

Famous words of Brodsky about Yevtushenko and collective farms have two, I think, motive. Brodsky was a self-centered, and he had the facts that Yevtushenko was informing on him to the KGB, was one of the perpetrators of the expulsion (Brodsky sharply passed him on the turn of Western fame that is not forgiven) and in General was a liberal face of the scoop. This permanent exhibition the human image of the Soviet regime.

But equally important was the attitude of Yevtushenko in the underground. Brodsky, of course, was not a team player, he sickened of any group of values, he loved only those who loved him, praised and worshiped. But the aversion to Yevtushenko was so pervasive and undeniable that could not fail to have an impact on Brodsky.

I would not love Yevtushenko? On the poetics I’m not saying a deliberate orientation on archival, weathered, traditional language, as a consequence of the destruction of all memories of Russian avant-garde and the Silver age.

Although his friend Voznesensky, demonstrated pseudomodern and neofuturists, the attitude was not warm. That did not mean that the framework has been welcomed by the authorities of traditionalism Yevtushenko or infinitely artificial and non-hazardous neofuturists ascension to their followers not demonstrated progressive thinking, or original ways of expression. Or courage is untouchable showcase. Or of free for export. Demonstrated.

But that we now watery from eyes of compassion look at just ahead of us an elderly poet-emigrant (only know how to love the dead) and see the fighter for poetry and the Russian word (“Tanks go to Prague”). Although just six months ago, he managed the infamous meeting of the Russian PEN center, supporting writers-patriots vs writers-liberals (don’t want to say more and more precisely, not the point). And about the Crimea is ours and not talking as about anti-Ukrainian rhetoric with enthusiastic fervor (“Nurse of Makeyevka”).

No, forty, thirty, or fifty years ago, Yevtushenko was a showcase of socialism. His poetic/political strategy is reminiscent of what is happening before our eyes, the old man Lukashenko. As he skillfully, masterfully maneuvered and veers between Putin and Europe and Yevtushenko with equal virtuosity was tacked, but not vylaviroval between the keyboard of a liberal (pathetic Democrat, shirt-guy from the plow and the hammer and sickle) and Claudia patriot-Communist who dreams possible to clear the cause of Lenin from arbitrary layers.

But as soon as felt that it smells like kerosene, that he, the poet of the currency “Birches” threatens opal, burst into Patriotic verse that was a pleasure to put on the front pages of the national press (do the Russians want war, you ask Putin).

But, of course, not hypocrisy, not insincerity. In Russian culture there are the type talented writer, able to burn incense and ours, and yours with equal passion. This Basil Asanov. He also: for the liberals, the bigots and reactionaries. Something about Jews with a secret gasp, along with Florensky distributes fake about the blood of Christian babies in rituals of the adherents of the old Testament.

But Rozanov, even in meanness was original and unique. Fallen leaves.

Look at the mystery of those eyes that watched we, the readers, Lena Schwartz, Krivulina, Prigov, Rubinstein, Strateskog. Evtushenko has used language that could be parody, to despise, to look down as the Soviet stamp. But love it was not forbidden, as like many naive movie childhood. Especially because — again — in the selected language Canon he demonstrated and plastic, and subtlety, and wit, the cunning of the Soviet man.

Life is so arranged that the door to the different culture. And few walks from the main entrance with marble Atlantes on the sides (Yes and where is he?). Thanks to state amplifier, Yevtushenko was a quarter of a century Glvoid (as told to Stratanovsky), it was so much that through this door and entered a huge number of people who still don’t know about the Soviet avant-garde. And if you know, then spread over time.

But no matter how he took over the soul of nostalgia and passion for the heresy of simplicity, but it was Shishkov, and ascension — Tails for the sun of Russian poetry. Tail Shishkov they were. Unlike the woman they loved, and that gloomily lamented: the betrayal of the mysterious passion, my friends, is clouding your eyes. 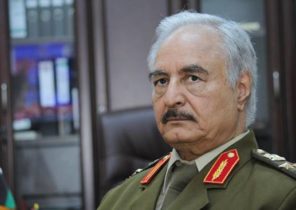