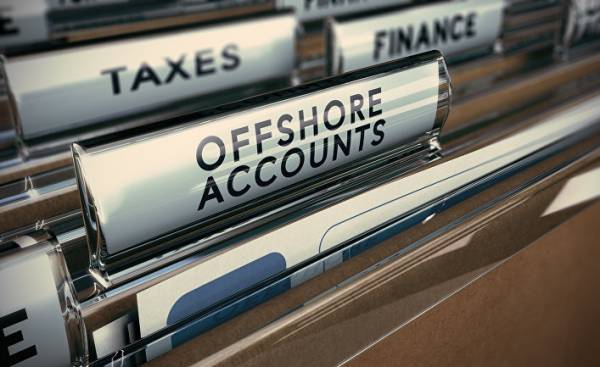 A year ago, on 3 April 2016, the scandal around the “Panamanian documents”, the largest-ever leak, which was in the hands of journalists. The materials referred to 214 thousand offshore companies and the names of their owners and were made public at the initiative of the International consortium of investigative journalists (ICIJ).

The financial fog and mountains are created in different tax havens companies hiding the unpleasant truth: across the globe a huge number of wealthy individuals and large companies hide the money with the assistance of banks and other institutions. Thus, they evade paying taxes.

The rich still do not pay taxes

Caused by the incident shock went on a world scale. As awareness of the current state of things. No financial scandal that rattled worldwide, while industrial volumes of dirty money has never so clearly exhibited for all to see. From the monstrous demonstrations in Iceland to the parliamentary debates in many countries — we have seen many examples of mobilizing citizens in an effort to demand government responses.

Anyway, a year later, we are forced to admit that the scandal was not followed appropriate response: States are not in a hurry to end shell companies, dubious activities of the banks, which play a Central role in this system did not become the object of investigation. On the question of evasion of enterprises from payment of taxes has been made minimal progress, although the revelations about practicing it on an industrial scale of companies is increasing.

In parallel, exacerbated by tax race: state claim more tax cuts for businesses, and create new tax niches, which are designed to attract those in their territory. All countries participating in tax war as a result compromise themselves is extremely important charges, shifting at the same time, the burden on the poorest taxpayers and moving. And they ain’t even real evidence of the effectiveness of such measures.

Thus, the problem is not solved, and in front of us in full growth raises the issue of tax justice: how is it that the rich continue to evade taxes, the tax system becoming more regressive austerity measures are increasing, and public services collapse?

France: € 80 billion by the budget

Each year the state accept the reduction of budget revenues, although those needed to Finance high-quality work in government, but also solutions for urgent social and environmental issues. May most strongly affect developing countries, which deprive themselves of essential resources for education, agriculture and protection of women’s rights in France the situation also leaves much to be desired: each year by the state budget is over 80 billion euros.

We’re sorry that this topic is hardly discussed three weeks before the presidential election, and that the proposals of candidates to combat this situation are few and superficial. When it comes to the debate on taxation, usually limited to statements about the new tax recesses or decrease rates for businesses, which indicates the involvement of most of the candidates in the tax race that is only gaining momentum and leads to catastrophic consequences for all countries of the world.

Of course, the scale of the task requires international coordination (we actively encourage it), but at the level of France, there are already solutions for all to pay their fair share.

A year after the appearance of “the Panama document” we, civil society organizations, NGOs and trade unions, take part in a week against tax evasion and encourage all candidates to promise:

— To put an end to front companies and trusts that facilitate tax evasion, to fight evasion by large companies through measures to ensure transparency of their activities and taxes.

— To stop the tax race, setting at the European level, the minimum tax rate on businesses, as well as reducing the number and cost of tax niches and preferential systems.

— To end impunity through the expansion of the state fighting against violations of the departments and a profound reorganization of the fight against tax evasion.

The fight against tax evasion are necessary for social justice, and its effective implementation will allow to find the means to Fund social and environmental needs, as well as national and international solidarity. Finally, it will increase the willingness to pay taxes, which today suffers greatly from the prevailing injustice.