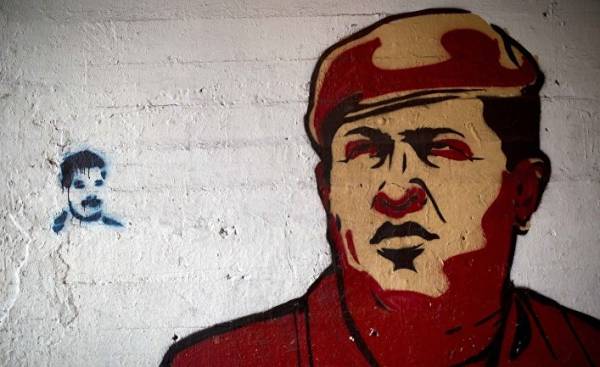 His decision to redirect most of the revenues of the national oil company to the state budget for financing social initiatives of Hugo Chavez has accelerated economic disaster for Venezuela.

Atlantico: it is now possible to describe the situation in Venezuela from the point of view of unemployment, economic growth and other key indicators?

Christopher Dembek (Christopher Dembik): Venezuela is the history of the economic mess. In 15 years of the disastrous policies of Hugo Chavez and his successor Nicolas Maduro have turned the country with an incredible economic potential in one of the poorest countries in the world. Venezuela leads the world rankings of poverty, which is compiled on the basis of indicators of inflation and unemployment. In 2015, Venezuela has entered the exclusive club of countries with hyperinflation, becoming the 57th member.

Venezuela is a great counterexample of Saudi Arabia. Despite the largest proven reserves among all members of OPEC, the country has been unable for 15 years to form a new economic model, which would make diversification from reliance on oil manna and formed a safety cushion in case of adverse circumstances.

The Chavez model only increased the country’s dependence on oil. In 1998, before he came to power, oil accounted for 74% of exports against the current 95%. Oil revenues for the most part were in the hands emerging from the Bolivarian revolution of the bourgeoisie. At the same time, a certain percentage went to Finance ambitious social programs, which helped bring out of poverty the General population from 2003 to 2010. Its achievements are undisputed, but now she is unable to work normally due to the degradation of economy and sustainable decline in oil prices. The country rolls back. Poverty reduction has become a distant memory.

— Before the arrival to power of Hugo Chavez of Venezuela was one of the richest countries in South America. How can we assess its economic decisions?

Christopher Dembek: there is No doubt that Hugo Chavez and Nicolas Maduro are responsible for the economic disaster. Held without a clear economic development plan of expropriation led to a flight of foreign investors, whose capital is vital to the Venezuelan industry. Anyway, the most terrible mistake was the destruction of the only industry (oil) that could ensure the economic future of Venezuela. 2003-2004 years, Hugo Chavez has decided to redirect most of the revenue of the national company PDVSA in the state budget for financing social programs instead of investing to maintain the competitiveness of the productive apparatus of the enterprise. Lack of investment does not jeopardize the financial viability of PDVSA with oil prices over 100 dollars per barrel. All this more than covers the cost of production in Venezuela, which is one of the highest in the world (23.5 USD vs $ 10 in the Arabian Peninsula). The decline in prices since mid-2014 has led to a decline in production in the country, which led to a decrease in revenues of the enterprise and the budgetary possibilities of the state. The result of these political decisions was a disaster: Venezuela is no longer able to produce oil, its main source of income in low prices. This enhances the risk of default.

Christian Saint-Etienne: the Transition from not so transparent market economy managed to completely opaque (it is fully in the hands of the ruling party), stopped investing in production, has pushed talent to the emigration, ruined agriculture and destabilized the oil sector. Venezuela faces a complete loss of production the forces of faith in the future. Everything goes to a barter economy with remarkable worsening of deficits in the potentially rich country.

This is all the more surprising that Venezuela has the world’s largest oil reserves (according to this indicator, it bypasses even Saudi Arabia) and other raw materials.

— What prospects of the country?

Christopher Dembek: Today Venezuela — the country is bankrupt. The question is not whether this will happen, and when it happens. Moreover, the default may even be good news because it will encourage the implementation of long-delayed government reforms.
You will need shock therapy like the one that was conducted in many countries in Eastern Europe after the collapse of the Communist system, for recovery and return of investment. The return to normal life is likely to take time, not less than ten years.

The recovery of the economy will need to regain the trust and draw back foreign investors, whose capital is vital to the recovery of the production capacities of the oil industry. It involves the liberalization of prices and wages, strict enforcement of property rights, ending subsidies of fuel and finally the key, I think, the reform on the termination of cover the budget deficit by the Central Bank.

Christian Saint-Etienne: the Only chance for beneficial change is a return to a democratic government, which took control of public expenditure, gradually cut subsidies of basic products, which contributes to waste (the price of fuel in the country has one of the lowest in the world), liberalized manufacturing sector. As in Brazil, it is necessary to purge the national oil companies and return investments to increase production.

However, such a scenario is unlikely in the short term, if you do not consider the possibility of a popular revolution like those that occurred in Central Europe after the fall of the Berlin wall.