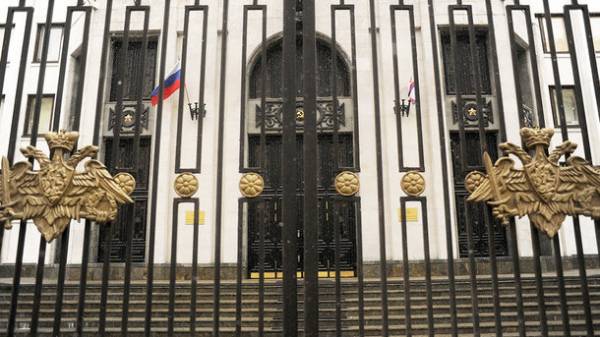 Russian and Syrian air force did not cause any impact on specified United States areas in Syria. Reported by reports, the Russian defense Ministry.

As noted in the Department, was held on February 28 conversation between the Russian representative of the command of the air group of Russian air force on the base Hamim with his American counterpart at the air base in Qatar al Adade.

The representative of the U.S. air force expressed concern that the Syrian and Russian planes in combat missions against terrorists South of the city of Manbij can cause unintended blow to the US-controlled armed groups.

“In order to avoid any incidents the American representative told the Russian officer the exact coordinates of the location in the area of the U.S.-supported fighters of the opposition forces”, — is spoken in the message.

As stressed in the defense Ministry, this information was adopted by the Russian command note.

Earlier, the commander of the international operation against terrorists American Lieutenant General Stephen Townsend said that the Russian and Syrian aircraft mistakenly struck a blow for the forces of the Arab coalition. According to him, the attack was committed near the Syrian city of al-Bab on February 28. Townsend noted that in the attacks of the losses were incurred.