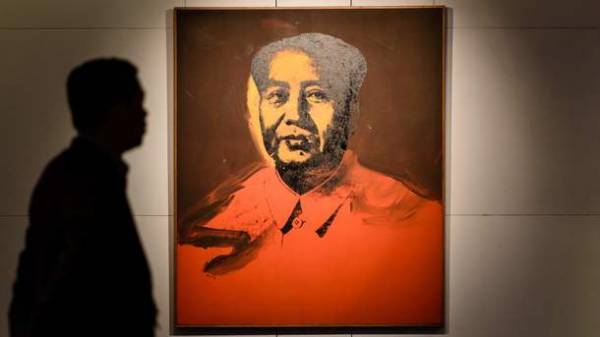 At Sotheby’s auction in Hong Kong sold a portrait of former Chinese President Mao Zedong, which was created by Andy Warhol.

This was reported on the website of the auction house.

According to him, the portrait was sold for 98.5 million Hong Kong dollars ($12,69 million). It is noted that initially, the organizers of auction planned to help the portrait to 15.5 million dollars.

It is known that Warhol painted this portrait, with dimensions of 127 106,6 cm, in 1973. It is made with acrylic paint with the use of silkscreen on canvas.